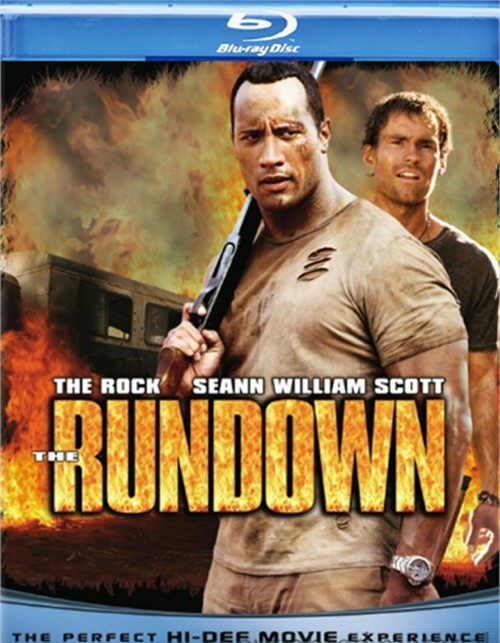 The Rock teams up with Seann William Scott for a wildly entertaining action-adventure that Good Morning America's Joel Siegel raves is "One of the year's biggest, most fun movies!" Beck (The Rock) is a bounty hunter sent into the treacherous jungles of the Amazon to bring the rebellious Travis (Seann William Scott) back to the States. When Beck and Travis reluctantly join f-rces to hunt down a priceless treasure, this unlikely team embarks on a pulse-pounding non-stop thrill-ride.

When a top-secret, unauthorized mission goes bad, CIA agent Tom Bishop (Brad Pitt) is captured - and sentenced to die. With just 24 hours to get him out alive, Bishop's boss Nathan Muir (Robert Redford) must battle enemies abroad and the system inside the CIA to save his friend. Now, the clock is ticking and the race is on... as the deadliest game of all explodes into the spectacular, adrenaline-fueled thriller that ABC Radio says "Sizzles with suspense!"