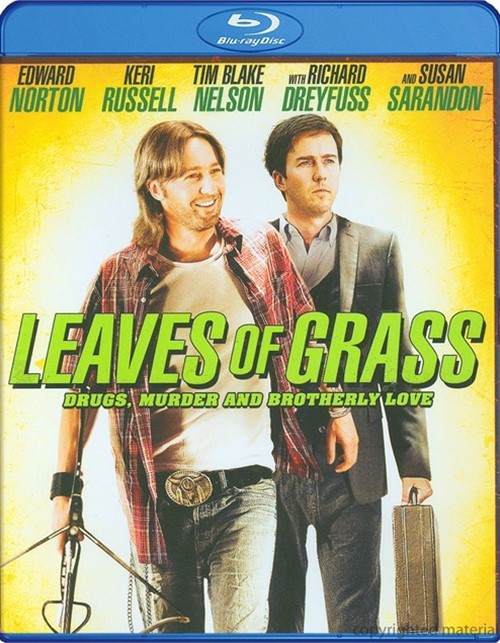 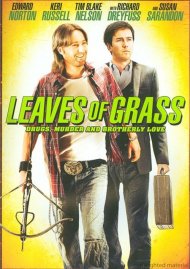 Thriller seen through the dual perspectives of identical twins Bill and Brady Kincaid (both played by two-time Academy Award nominee Edward Norton). Bill, a classics professor at Brown University, returns home upon news of his twin's murder in a drug deal gone awry. Bill quickly learns that Brady's death has been grossly exaggerated, as he's swept up into one of his brother's crazy schemes. Alongside his eccentric mother (Susan Sarandon) and a beautiful woman named Janet (Keri Russell), Bill participates in his brother's wild plan, one that leads him on a twisted path filled with unique characters and life's most challenging questions. Also starring Richard Dreyfuss and writer-director Nelson, Leaves of Grass merges crime drama, drug comedy and classical philosophy, as it attempts to answer one of the oldest questions in the world: what does it truly mean to be happy?

Reviews for "Leaves Of Grass"