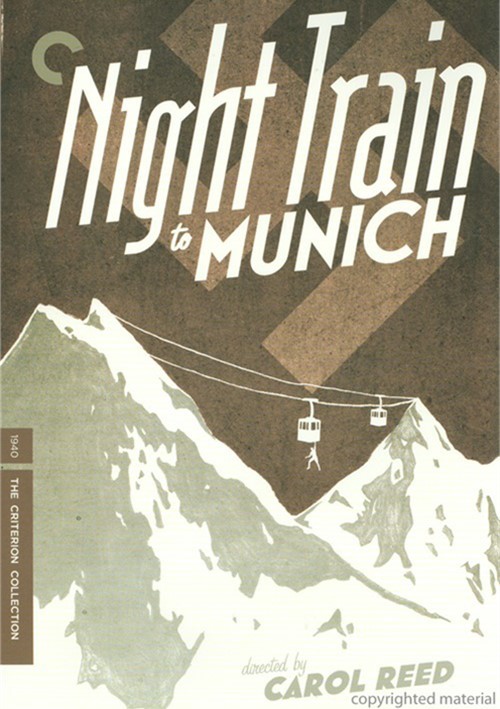 Carol Reed's Night Train to Munich is a twisting, turning, cloak-and-dagger delight, combining comedy, romance, and thrills with the greatest of ease. Paced like an out-of-control locomotive, Night Train takes viewers on a World War II-era journey from Prague to England to the Swiss Alps, as Nazis pursue a Czech scientist and his daughter (Margaret Lockwood), who are being aided by a debonair British undercover agent, played by Rex Harrison. This captivating, long-overlooked adventure - which features Paul Henreid and clever screenplay by Frank Launder and Sidney Gilliat, best known for writing Alfred Hitchcock's The Lady Vanishes - is a deftly concocted spy game that could give the master of suspense a run for his money.

New Video Conversation Between Film Scholars Peter Evans And Bruce Babington About Director Carol Reed, Screenwriters Frank Launder And Sidney Gilliat, And The Social And Political Climate In Which Night Train To Munich Was Made
A Booklet Featuring An Essay By Film Critic Philip Kemp

Reviews for "Night Train To Munich: The Cri"