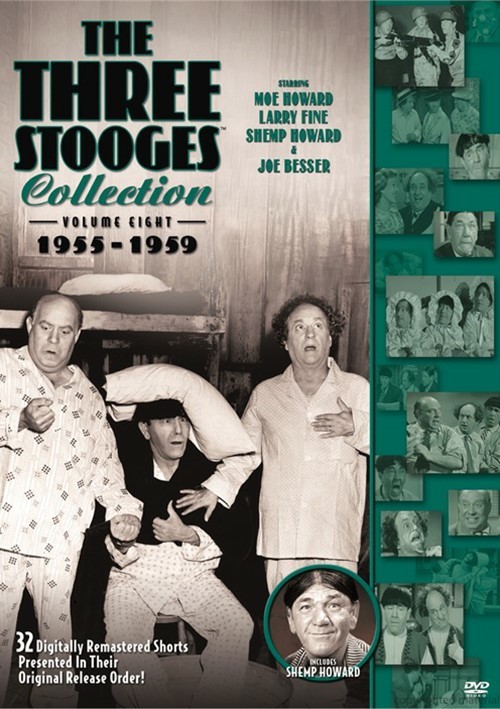 This eight volume of the Three Stooges Collection features the last 32 digitally remastered shorts from 1955-1959. It also marks the end of an era for a comedy team that to this day remains unparalleled in its success and popularity.

In November of 1955 Shemp Howard died of a sudden heart attack, f-rcing Moe and Larry to use a stand-in for Shemp on some of the shorts and previously shot footage in others. Moe originally wanted vaudeville veteran Joe DeRita to fill in for Shemp but he couldn't get out of his contract, so Moe went with Joe Besser, who was also well-known on the vaudeville and burlesque circuits.

Columbia pictures closed its short-subjects unit in 1958, thus ending the Three Stooges' run after 24 years and 190 shorts; half a century later The Three Stooges are entertainment legends. Their unique brand of slapstick humor and physical comedy has influenced legions of performers and lives on in such contemporary icons as Robin Williams and Jim Carey.