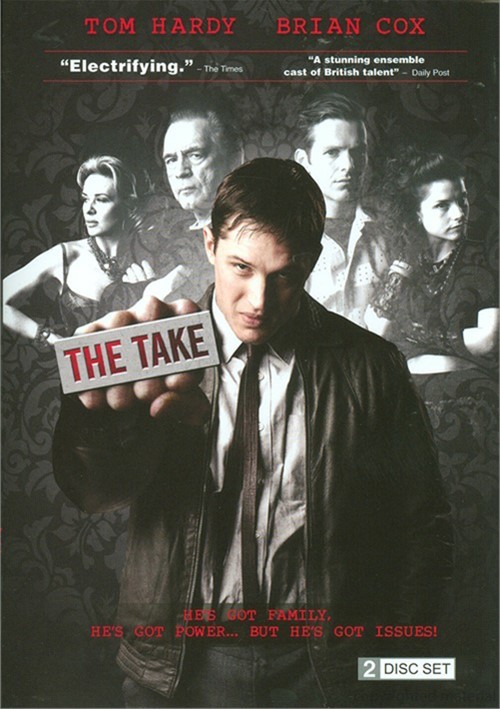 He's Got Family, He's Got Power... But He's Got Issues

In a crime family saga set in 1984 and spanning 10 years, The Take stars Tom Hardy (RocknRolla, Bronson) as a violent gangster Freddie Jackson and Brian Cox (Troy, The Borne Supremacy) as devious crime boss Ozzy. Just released from a 4-year stretch in jail, Freddie is now a free man who plans to take the London criminal world by storm. As he lunges into a psychotic rampage of murder and betrayal, his wife Jackie (Kierston Wareing - Fish Tank) becomes increasingly unstable, made worse by the actions of her sister Maggie (Charlotta Riley - Wuthering Heights) who is in love with Freddie's cousin, Jimmy (Shaun Evans - The Situation). If you are a Jackson, then trust no one, because everybody is on The Take in this exciting, uncompromising adaption of the bestselling crime thriller by Martina Cole.

Reviews for "Take, The"