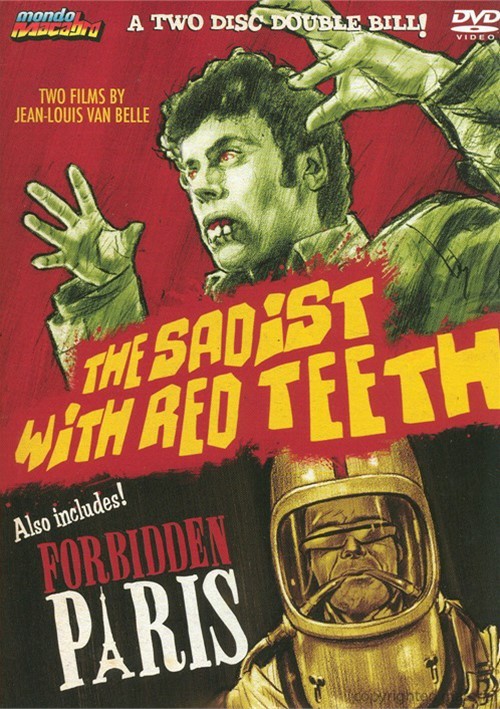 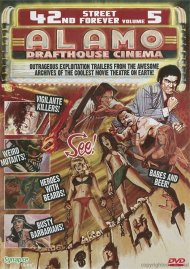 For the first time ever on home video anywhere in the world, this astonishing double bill presents two rarely seen films from one of European cinema's most maverick talents.

The Sadist With Red Teeth Tells The story of a comic book artist who becomes convicted that a car crash has turned him into a vampire. A sinister doctor experiments on him and then lets him loose into a world that suddenly seems fraught with danger.

Forbidden Paris is a mondo style shockumentary revealing the strange underbelly of 1960's Paris. All manner of bizarre and unholy practices are presented here for the first time ever. Banned on its initial release, this is the fully uncut version of this notorious rarity.

Reviews for "Sadist With Red Teeth, The / F"