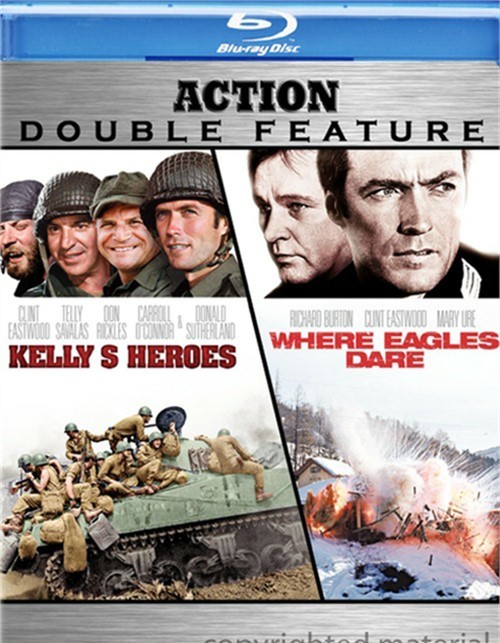 Movie action man Clint Eastwood leads a misfit band of Gis who decide to get something extra out of World War II. In Kelly's Heroes, Eastwood's title character masterminds a scheme to slip behind enemy lines and steal a fortune in Nazi-confiscated gold. Donald Sutherland and Don Rickles co-star in addition to a trio on the verge of big-time TV success: Carroll O'Connor, Telly Savalas and Gavin MacLead. Eastwood and Richard Burton go Where Eagles Dare in a twisty thriller written by action master Alistair MacLean. The mission is clear. Get in. Get the general. Get out. Commandos charged with freeing a U.S. general from an Alpine fortress should also be told to trust nothing - including the search-and-rescue orders just issued.

Reviews for "Kelly's Heroes / Where Eagles "