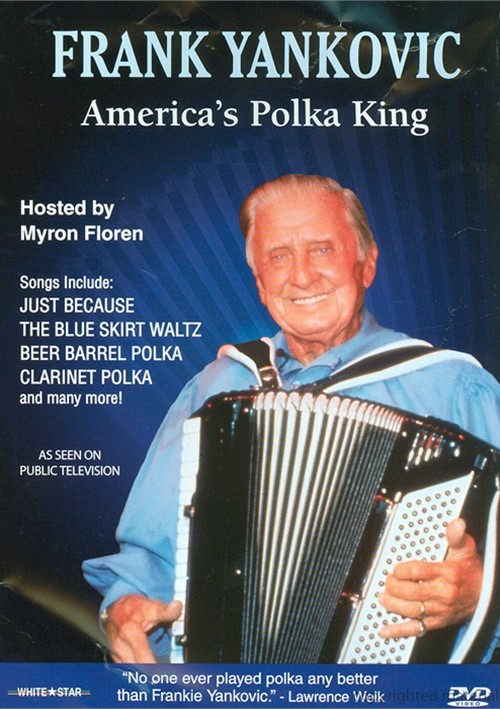 This film hosted by Myron Floren is a comprehensive documentary about the life and 50-year career of Grammy Award winner Frank Yankovic, an extraordinary American musician and performer. During the late 1940's and 1950's, nearly everyone who listened to the radio or watched television had heard of Frank Yankovic's music. He expanded the genre of polka music and brought it into the mainstream of popular American music. Millions of people bought his records. His biggest hits, The Blue Skirt Waltz (the second most popular song in 1949) and Just Because, sold over a million records each when first released. Yankovic's career was a whistlestop tour playing to millions of fans for over three generations.

This Emmy Award winning program examines the life of "America's Polka King," and his contribution to the history of popular music.