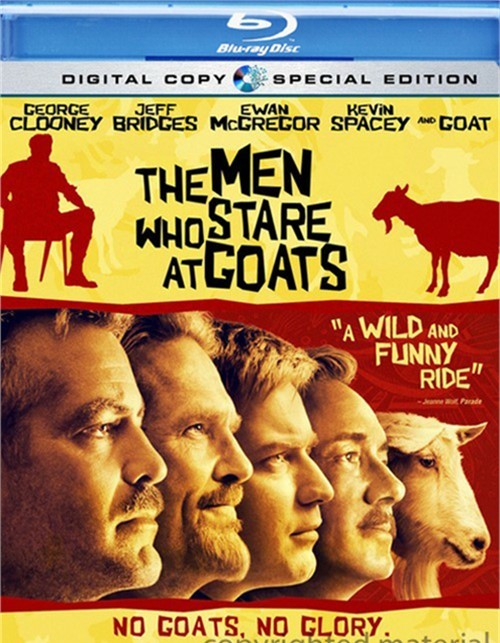 In this comedic look at real life events that are almost too bizarre to believe, reporter Bob Wilton (Ewan McGregor) discovers an experimental top-secret wing of the U.S. military called The New Earth Army, trained to change the ways wars are fought through New Age psychic power. In search of his next big story, Wilton tracks down Lyn Cassady (Academy Award winner George Clooney), a shadowy figure who claims to be a member of this legion of "Warrior Monks" with unparalleled psychic powers who can read the enemy's thoughts, pass through walls, and even kill a goat simply by staring at it.

Marshall Fine of the Huffington Post states "Grant Heslov's wild comedy is a delicious and funny trip through the powers of the mind - and the powers of suggestion."

Inspired by Jon Ronson's non-fiction bestseller of the same name, this is an eye-opening and hilarious story of the government's attempts to harness soldiers' paranormal abilities in order to combat its enemies. Also stars Academy Award winner Kevin Spacey and Academy Award nominee Jeff Bridges.

Review "Men Who Stare At Goats, The"

Reviews for "Men Who Stare At Goats, The"