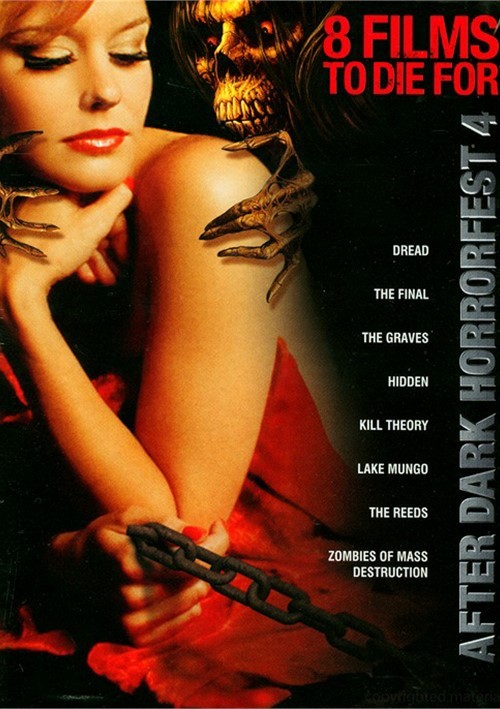 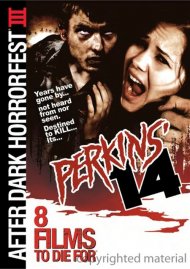 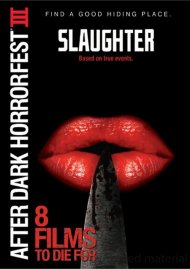 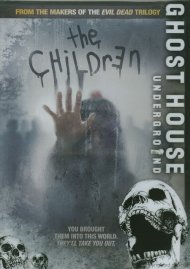 Stephen (Jackson Rathbone, the Twilight saga) and Cheryl are college students making a documentary about what people dread in life. But they have no idea that their partner, Quaid, witnessed his parents being murdered by an axe-wielding lunatic and wants to make others experience his own personal horror. This stylish horror/thriller is produced by Clive Barker, the Godfather of modern horror/fantasy and the creator of the Hellraiser and Candyman series.

Dane, an awkward student with a deadly vendetta, leads a group of outcasts who plot to avenge the years of humiliation they faced from the popular students at Hohn High School. The outcasts turn the tables on the popular students who made sport of them and prepare for a single night that will leave their tormentors scarred for life.

On their last weekend together, Megan and Abby Graves are lost in a remote part of the Arizona desert where they are lured to Skull City Mine, an abandoned mine town. But they soon learn Skull City is anything but abandoned - and there's no way out. The sisters are now prey, f-rced to unleash their most primitive instincts in a desperate, all-out battle for survival against unspeakable horrors - both human and supernatural. Can they unlock the terrifying secrets of Skull City in time to save themselves, or will they become the latest in a long line of victims?

With his mother's passing, KK returns home after nineteen years to settle her estate. But with his heritage come dark and deadly secrets. Having spent the last two decades trying to forget his cruel mother and his past life in the creepy house in the woods, KK finds that there are some things you just can't run from.

Seven college students visit a secluded vacation home to celebrate graduation and become trapped in a deadly game by a mysterious killer. F-rced to kill one another by 6 A.M. the following morning, only one of them can remain alive. Whoever remains will be allowed to walk away with his or her life. However, if morning comes and more than one are still breathing, everyone dies. Friends and couples must test their trust, as the clock ticks away. Some will fight for love, some to survive; but all will change, because deep down...we're all killers.

In Lake Mungo, sixteen-year-old Alice Palmer drowns while swimming in the local dam. When her body is recovered and a verdict of accidental death returned, her grieving family buries her. The family then experiences a series of strange and inexplicable events centered in and around their home. Profoundly unsettled, the Palmers seek the help of psychic and parapsychologist Ray Kemeny. Ray discovers that Alice led a secret, double life. A series of clues lead the family to Lake Mungo, where Alice's secret past emerges.

Aboard the Corsair Star, a small cruiser, a boating party of young Londoners loses its bearings. A freak accident leads to a casualty, and then the boat runs aground. As the friends attempt to find a way to safety, they are terrorized by a group of young punks and a murderous hooded man. Alone in a vast waterway, they fight to survive the hellish curse that traps all who take passage on the Corsair Star.

Port Gamble, Washington is being overrun with brain-eaters, and the people seem powerless to stave them off. A ragtag band of rebels led by Frida (Janette Armand), an Iranian college student suspected of being an Iraqi terrorist, and Tom (Doug Fahl), a gay businessman who has returned to town with his partner to come out to his mother, tries to turn the tide and push the invading hordes of undead back.

Facing The Fear: Behind The Scenes
A Coversation With Clive Barker
Deleted Scenes 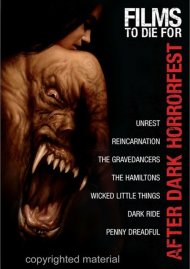 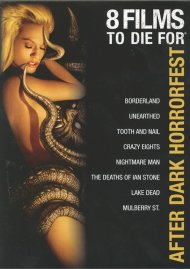 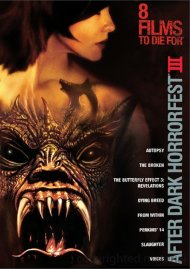 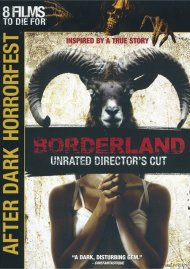 Reviews for "After Dark Horrorfest 4"