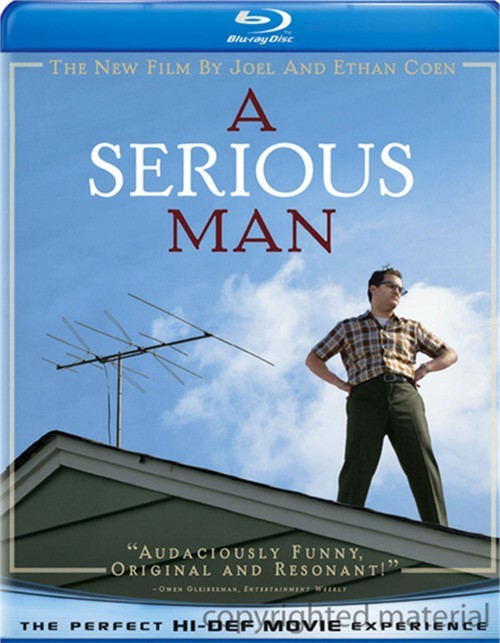 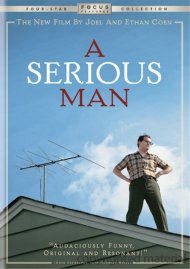 Academy Award-winning directors Joel and Ethan Coen return to their comedy roots with this original and darkly humorous story about one ordinary man's quest to become a serious man. Physics professor Larry Gopnik (Michael Stuhlbarg) can't believe his life: His wife is leaving him for his best friend, his unemployed brother won't move off the couch, someone is threatening his career, his kids are a mystery and his neighbor is tormenting him by sunbathing nude. Struggling to make sense of it all, Larry consults three different rabbis and their answers lead him on a twisted journey of faith, family, delinquent behavior and mortality in the film critics rave is "seriously awesome!" (Michael Hogan, Vanity Fair)

- Becoming Serious: Explore the creative vision behind A Serious Man and see why it's the Coen brothers' most personal film.
- Creating 1967: Take a tour of the Minneapolis neighborhoods and set pieces used in the film.
- Hebrew and Yiddish for Goys: Unravel the mysterious of the Hebrew and Yiddish languages.

Reviews for "Serious Man, A"