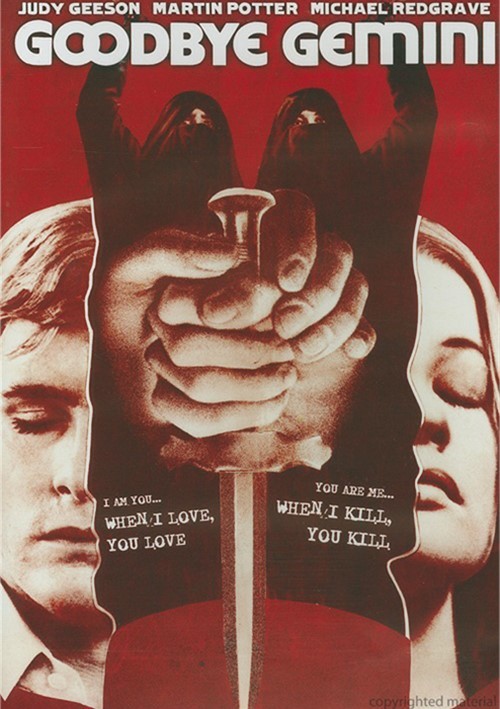 In the age of Aquarius, the Gemini twins share everything: love...men...and murder!! Jacki (To Sir With Love's Judy Geeson) and Julian (Satyricon's Martin Potter) are 20-year-old twins with an unusually close relationship. Their bizarre fantasy world is shattered by the arrival of Clive, a London small-time criminal with a massive gambling debt. As the twins become exposed to the seamy underbelly of the swinging '60s London nightlife, their relationship becomes strained and twisted. When Clive attempts to blackmail Julian, the twins take decisive action in this eerie, unsettling tale where not even the bond between siblings can predict the outcome. Also starring Sir Michael Redgrave and directed by Alan Gibson (Dracula A.D. 1972), Goodbye Gemini is a disturbing look at the relationship between twins...and just how far they will go to protect one another!