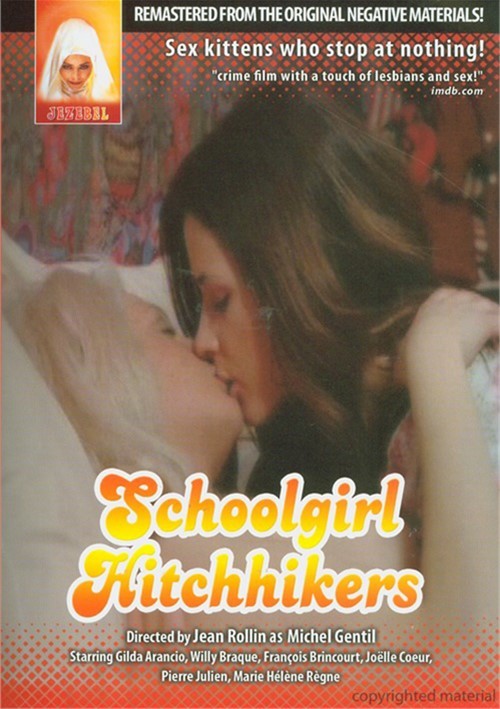 Sex kittens who stop at nothing!

Two lesbian schoolgirls get mixed up with a gang of jewel thieves in the first of a number of pure sexploitation films from Jean Rollin, Schoolgirl Hitchhikers. Spurred on by the popularity of sex scenes in his horror films, Rollin began to experiment with a series of softcore sexploitation movies, under the pseudonym of Michel Gentil. The first of these was Schoolgirl Hitchhikers, starring the beautiful Joelle Coeur. This is S&M-themed erotica with a Jean Rollin twist, reminiscent of The Shiver of the Vampires (1971) and prerequisite to the iconic Demoniacs (1974).