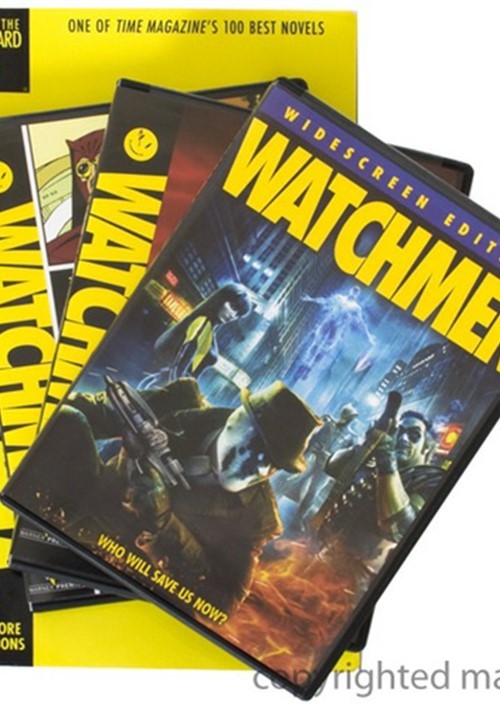 Someone's killing our super heroes. The year is 1985 and super heroes have banded together to respond to the murder of one of their own. They soon uncover a sinister plot that puts all of humanity in grave danger. The super heroes fight to stop the impending doom only to find themselves a target for annihilation. But, if our super heroes are gone, who will save us?

Watchmen: Tales Of The Black Freighter & Under The Hood

They're in the book. And on this disc. Executive produced by the director of Watchmen and 300, here are two tales from the most celebrated graphic novel of all time that do not appear in the extraordinary Watchmen theatrical feature. Tales Of the Black Freighter (featuring the voice of 300's Gerard Butler) brings to strikingly animated life the graphic novel's richly layered story-within-story, a daring pirate saga whose turbulent events may mirror those in the Watchmen's world. Stars from the Watchmen movie team up in the amazing live action/CGI Under The Hood, based on Night Owl's powerful firsthand account of how the hooded adventurers came into existence. Two fan-essential stories. One place to watch the excitement. Watching the Watchmen beings here.

Watched any great books lately? Now you can. The most celebrated graphic novel of all time that broke the conventional mold continues to break new ground. Watchmen co-creator and illustrator Dave Gibbons oversees this digital version of the graphic novel that adds limited motion, voice and sound to the book's strikingly drawn panels. All 12 chapters of the story are here - over 5 hours spanning everything from the mysterious demise of the Comedian to the crisscrossed destinies of loosely allied superheroes to their fateful impact on the world. Be in the know. Be watching. With Watchmen: The Complete Motion Comic.

"A work of ruthless psychological realism, it's a landmark in the graphic novel medium." - one of Time Magazine's 100 best English-Language Novels since 1923

"A brilliant piece of fiction." - The Village Voice

"A masterpiece representing the apex of artistry..." - Entertainment Weekly

Watchmen: Tales Of The Black Freighter & Under The Hood

Story Within A Story: The Books Of Watchmen: How Tales Of The Black Freighter & Under The Hood Connent To And Expand The World Of Watchmen, With A Unique Analogy To The Character Arc of Adrian Veidt/Ozymandias
Watchmen Motion Comic Episode 1
Exclusive First Look At DC Universe's Animated Green Lantern DVD