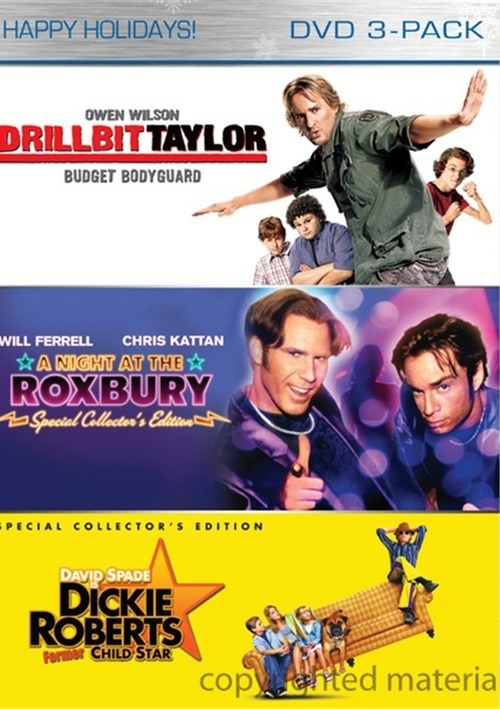 "Owen Wilson is hilarious" in this laugh-out-loud comedy as Drillbit Taylor, a down-on-his-luck soldier of fortune and self-professed martial arts expert. Three nerdy high school kids, desperate for a way to exact revenge on their nemeses - two school bullies - end up hiring Drillbit's budget bodyguard services and they get what they pay for.

Drillbit takes this bumbling band of misfits under his wing and, with his zany and oddball training methods, leads them as they turn the tables of their attackers and take back their school!

Will Ferrell and Chris Kattan bring their head-bobbing, club-hopping Butabi brothers to the big screen in this fall-down-funny comedy. It seems like Steve (Ferrell) and Doug Butabi (Chris Kattan) will never be cool enough to make the Roxbury Club's guest list. That is, until they have a fender bender with their role model, club regular Richard Grieco (21 Jump Street). Eager to avoid litigation, Grieco befriends the starstruck pair and escorts them into a glittery world they once only dreamed about. Score! No longer will the hapless Butabis be A-club people leading B-club lives... maybe. Featuring Loni Anderson, Dan Hedaya, Molly Shannon and a dance-'til-you-drop soundtrack, A Night At The Roxbury is infectiously funny entertainment.

Score! Reliving A Night At The Roxbury
Roxbury Rags: Costume & Fashion Guide
Do That Dance!
Making The List