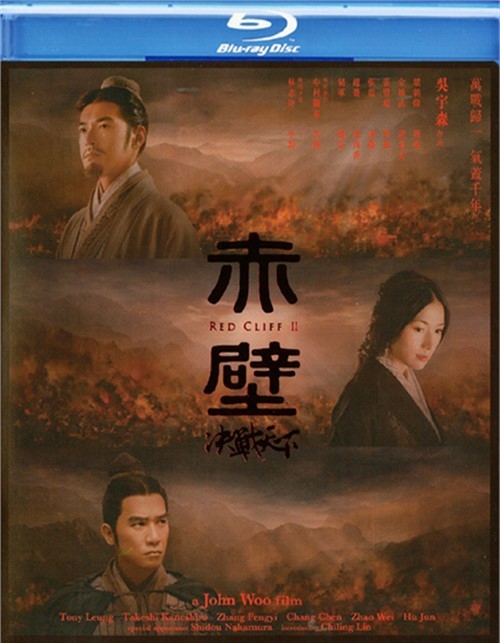 Too epic in scope to be contained in just one film, the historical saga continues with Cao Cao (Zhang Feng-yi) leading the army southward to battle with a small but resolute coalition led by fierce opponent Zhou Yu (Tony Leung Chiu-Wai). Incensed at the rebellion displayed by southern warlords Liu Bei and Sun Wuan, Cao Cao determines to crush these outspoken enemies. But the journey south is not easy for Cao Cao's massive military due to seasickness. Cai Mao and Zhang Yun, the 2 naval chief suggest chaining all ships together to balance them while sailing.

Subsequently deserted by Liu Bei, Zhou prepares to lead an army of about 30,000 men against Cao Cao's massive f-rce of several hundred thousand. While the battle's drawing near, Zhuge Liang (Takeshi Kaneshiro) resorts to some clever tactics in order to undermine Cao Cao. As violence erupts on the Yangtze River, Zhou Yu's wife Xiao Qiao (Lin Chi-Ling) secretly leaves their camp and heads alone to Cao Cao's and hoping to put a stop to the battle.

Thanks to the chaining effects with the change of wind direction which is expected by Zhuge, their use of fire at the full attack on Cao Cao's naval f-rces is a total success; flames being to spread through their army....