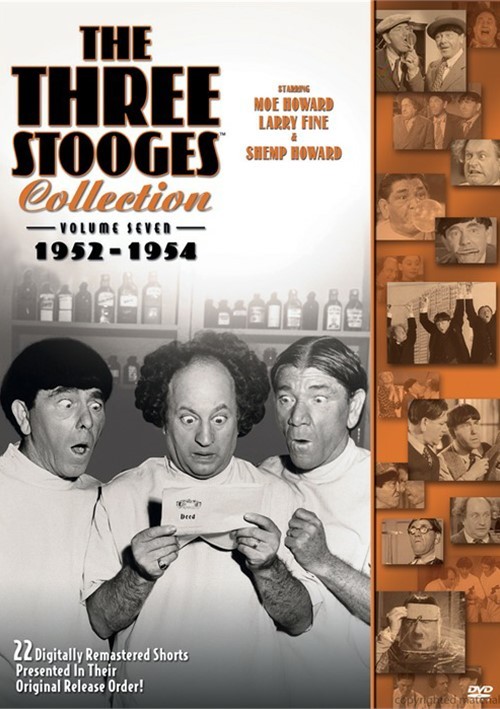 These 22 digitally remastered shorts from 1952-1954 were made during a tumultuous time for The Three Stooges. First, in 1952 Curly succumbed to the illness brought on by his stroke six years earlier; he was only forty-eight when he died.

Shemp had really hit his stride by this time and he is at the top of his game in the new shorts from this period, but budget cutbacks at Columbia f-rced director Jules White to recycle some old footage, so although the work in this collection is first-rate, one can't help but wonder what could have been done if they'd had the opportunity to develop more new material.

Fortunately, this era did leave us with such classics as the Stooges' first 3-D shorts, Spooks! (1953) and Pardon My Backfire (1953) ; Shot In The Frontier (1954) a parody of the classic film High Noon ; and Larry's hilarious spoof of Brando in Cuckoo On A Choo Choo (1952). These shorts are all presented as they were projected in the theaters; some in widescreen for the first time since their original release.

The Three Stooges Collection Volume 7 shows how the genius of Moe, Larry and Shemp rose above all obstacles and enabled them to be the best at their craft.