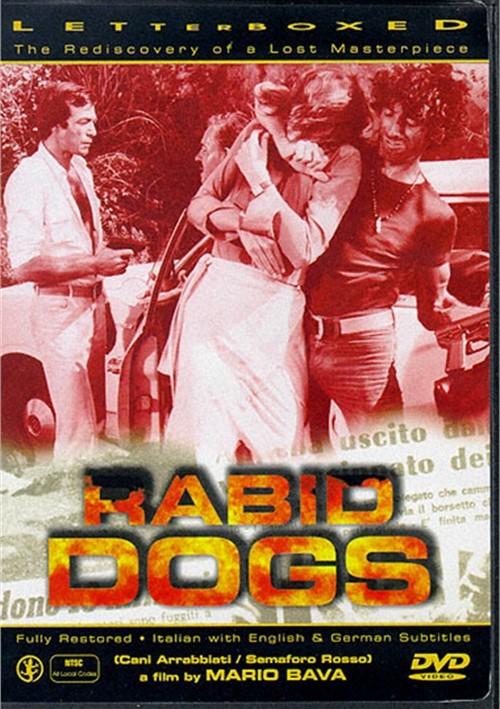 Imagine Quentin Tarantino remaking Last House On The Left inside a speeding car... That's Mario Bava's Rabid Dogs, a brutal and ironic kidnapping story whose unflinching realism makes it unlike any other film made by Italy's foremost director of horror and fantasy. The violent, pessimistic and darkly ironical story of Rabid Dogs says much about why Bava sought refuge in art, why fear was his favorite subject, and why he felt compelled to stylize everything in his films- from the colored gel lighting that illuminates his actors, to their unrelenting acts of violence. Made in the summer of 1974, five years before Bava's death, Rabid Dogs was virtually completed when one of its key investors was killed in a traffic accident; the footage was impounded until it was completed twenty years later according to Bava's editing notes for this exclusive DVD presentation!

Rabid Dogs is to Bava what Detour is to the filmography of Edgar G. Ulmer, a minimalist noir masterpiece that shows how much drama he was capable of conjuring onscreen with little or no means. The release of Rabid Dogs is a monumentous occasion for Italian genre buffs, and also one of the greatest technical acheivements!