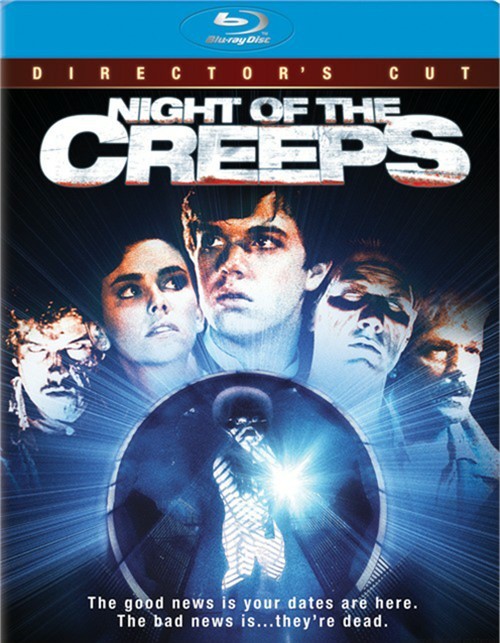 One of the most eagerly-awaited genre films of the '80s finally arrives on Blu-ray! When an alien experiment goes awry, it crashes to Earth in 1959 and infects a young college student. Twenty-seven years later, his cryogenically frozen body is thawed out by fraternity pledges....and the campus is quickly overrun by alien creatures - whose victims come back as zombies! Fred Dekker's enjoyable throwback chiller deftly mixes all sorts of genres while simultaneously having fun with them (the college and all the leading characters are named after famous horror movie directors). This jam-packed release contains the ending director Dekker always intended. As an added bonus, the original theatrical ending is also included. So reach out and grab this treat for all fans of scary movies, then fire up the Blu-ray player and yell, "Thrill me!"

Review "Night Of The Creeps"

Reviews for "Night Of The Creeps"