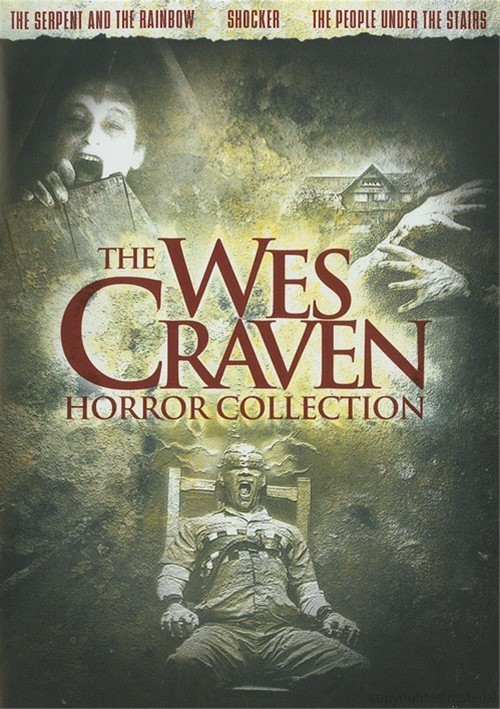 Prepare yourself for spine-tingling fright unlike anything you've ever experienced with The Wes Craven Horror Collection. Regarded as benchmarks of the genre, director Wes Craven's work is recognized for its inventive storylines, stunning visual effects, black humor and, of course, bone-chilling fear. Featuring The Serpent and the Rainbow, Shocker and The People Under the Stairs, The Wes Craven Horror Collection showcases some of his most renowned creations and is sure to make anyone who dares watch them scream with fear...

The Serpent and the Rainbow

An anthropologist travels to Haiti in search of a drug believed to have the power to bring people back from the dead and finds himself in a supernatural netherworld of zombies, blood rites and ancient curses.

In this tale of madness in the video age, an unrepentant killer on death row transforms into a terrifying energy source that can only be battled by the athlete who connects with him through dreams.

The People Under the Stairs

Trapped inside a mysterious couple's terrifying house, a young boy finds himself in a real-life nightmare when he discovers the hidden, diabolical creatures hidden deep within the house.