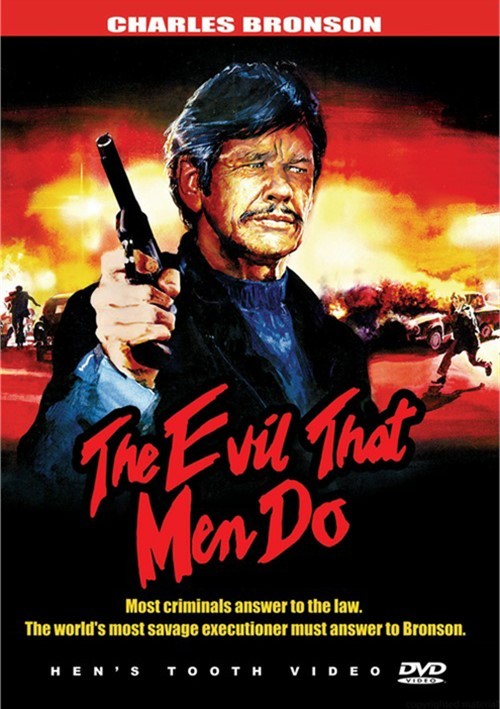 Bronson is back and tougher than ever in this high-voltage action thriller. When a Latin American journalist is brutally murdered, professional killer Bronson comes out of retirement to investigate. His assignment is to rein in the notorious sadist Dr. Molloch, head of a government sanctioned facility. In a deadly game of cat and mouse the unstoppable Bronson begins by eliminating the doctor's bodyguards one by one. He then abducts Molloch's beloved sister, attempting to lure him out of his prison stronghold. But Molloch has friends in high places, where a trail of corruption leads all the way to the US Embassy.

Review "Evil That Men Do, The"

Reviews for "Evil That Men Do, The"