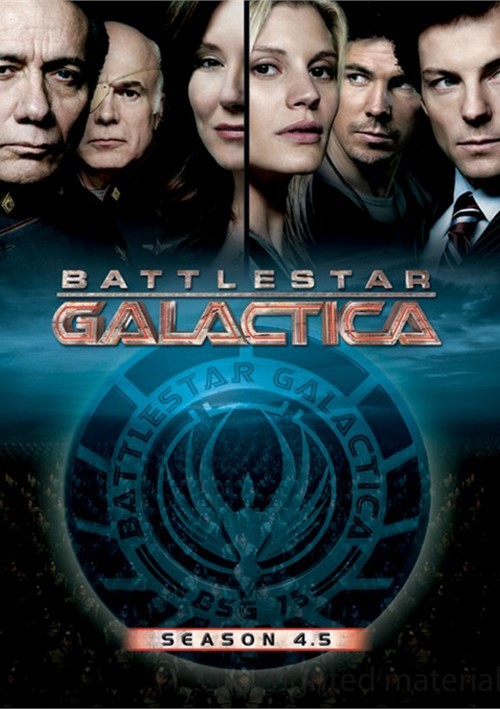 All will be revealed as the thrilling final episodes of Battlestar Galactica 4.5 land on DVD. From their initial action-packed battles against the Cylons to their desperate attempts to find the fabled 13th colony, Earth, a determined band of human survivors has captivated audiences everywhere with their desperate quest to find a new home for their dwindling numbers. Join them now as the fleet journeys into the furthest reaches of unexplored space and faces a crucial decision that will change all of their lives irrevocably. Presented uninterrupted in Dolby Digital 5.1 Surround Sound, this epic 4-disc set contains over 10 hours of intense, groundbreaking DVD features, including extended episodes that never aired - a must own addition to every fan's collection. Relive the anticipation, the action and the excitement of this groundbreaking series that is destined to live on as "one of the best dramas on TV." (Time Magazine)