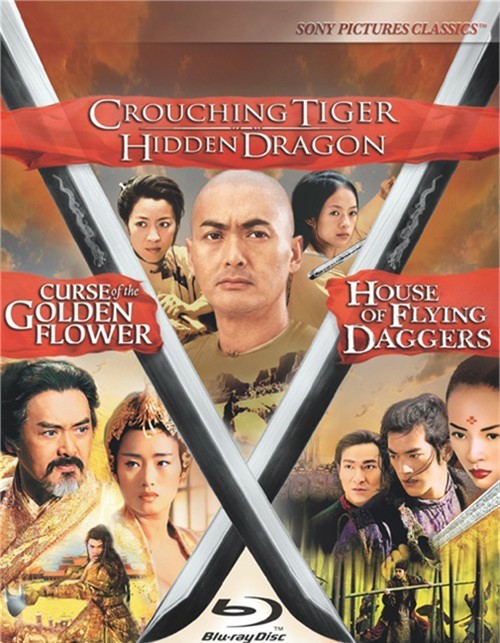 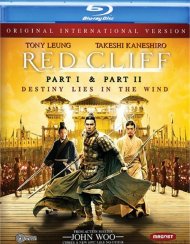 "Prepare your eyes for popping," in this "martial-arts fireball that throws in a lyrical love story, head-spinning fights and dazzling surprises" (Rolling Stone). "A gorgeous entertainment" (A.O. Scott, The New York Times). Mei is an exotic, beautiful blind dancer, associated with a dangerous revolutionary gang, known as The House of Flying Daggers. Captured by officers of the decadent Tang Dynasty, Mei finds herself both threatened - and attracted - to the most unusual circumstances. Here, her heart and loyalties battle each other, amid warriors in the treetops and dazzling combat - the likes of which have never before been seen!

Named "Best Picture of the Year" by over 100 critics nationwide! Two master warriors (Chow Yun Fat and Michelle Yeoh) are faced with their greatest challenge when the treasured Green Destiny sword isstolen. A young aristocrat (Zhang Ziyi) prepares for an arranged marriage, but soon reveals her superior fighting talents and her deeply romantic past. As each warrior battles for justice, they come face to face with their worst enemy - and the inescapable, enduring power of love. Set against 19th-century China's breathtaking landscape, Crouching Tiger, Hidden Dragon is the action-packed, box office smash from acclaimed director Ang Lee (Sense and Sensibility, The Ice Storm) featuring stunning martial arts choreography by Yuen Wo Ping (The Matrix).

From the director of Hero and House Of Flying Daggers comes the martial arts epic masterpiece whose savage beauty and exquisite elegance has mesmerized and captivated audiences around the world.

Set in the lavish and breathtakingly colorful world hidden from the eyes of mere mortals behind the walls of the Forbidden City, a tale of a royal family divided against itself builds to a mythic climax as lines are crossed, trust is betrayed, and family blood is spilled in the quest for redemption and revenge. Starring Chow Yun Fat of Crouching Tiger, Hidden Dragon as the embattled Emperor and Gong Li of Memoirs Of A Geisha as his poisoned Empress, Curse Of The Golden Flower grants you entry into a dazzling and spectacular world of betrayal, vengeance and passion that will change he way you think of martial arts forever.

Audio Commentary from Ang Lee and James Schamus
A Conversation with Michele Yeoh
Unleashing the Dragon: The Making of Crouching Tiger, Hidden Dragon