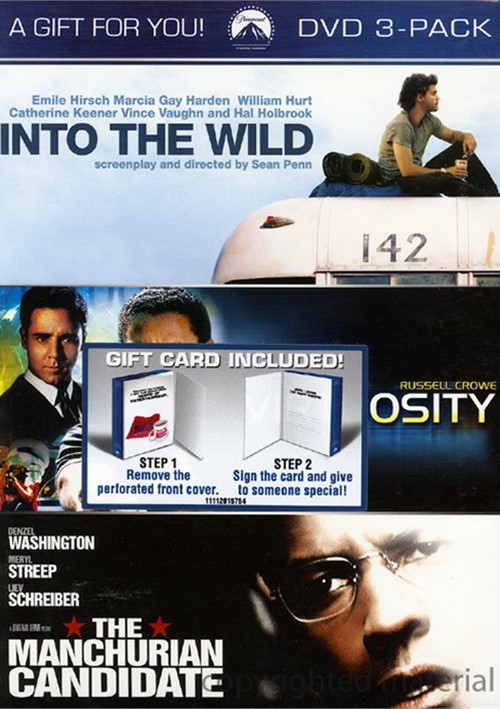 Into The Wild is inspired by the true story of Christopher McCandless (Emile Hirsch), a young man who abandons his life of comfort to pursue the freedom of life on the road, a quest that leads him to the Alaskan wilderness and the ultimate challenge of his life. Screenplay and directed by Sean Penn and featuring an all-star cast including William Hurt, Marcia Gay Harden, Vince Vaughn, Catherine Keener and Hal Halbrook, Into The Wild is "as stirring, entertaining and steadfastly thrilling as it is beautiful." (Joe Morgenstern, The Wall Street Journal).

He's a composite of some 200 personalities, each and every one a notorious killer. He's Sid 6.7, a virtual reality creation designed to put L.A. police officers to the test. But Sid isn't playing games anymore. He's escaped the bounds of cyberspace. And if you think he's unconquerable in the world of bits and bytes, wait till you see what Sid has in store for a world of flesh and blood.

Academy Award winners Denzel Washington and Meryl Streep, along with Golden Globe and Emmy nominee Liev Schreiber, mesmerize a whole new generation of audiences in Academy Award winner Jonathan Demme's The Manchurian Candidate. As the entire nation watches the presidential campaign hurtle towards Election Day, one soldier races to uncover the conspiracy behind it - a conspiracy that seeks to destroy democracy itself.

Into The Wild
Features Not Specified

The Enemy Within: Inside The Manchurian Candidate

The Cast of The Manchurian Candidate

Review "Into The Wild / Virtuosity / M"

Reviews for "Into The Wild / Virtuosity / M"