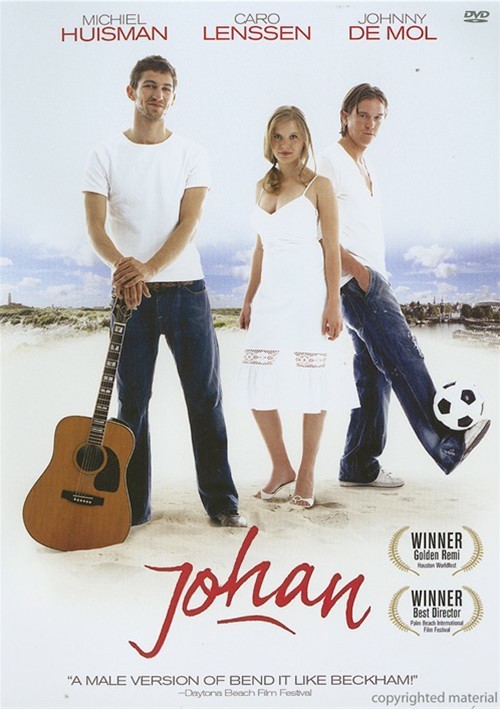 What happens when your whole family is crazy about soccer and you're not? Johan (played by 24-year-old Dutch heat-throb rick singer Michiel Huisman) is the eleventh male child in a family of soccer players. The boys make up a complete soccer team, but Johan defies them all by wanting to be a singer. Instead of practicing dribbling and headers, Johan would rather listen to music with his mother. When he meets his neighborhood beauty Evy, it seems like he may have found a companion, until she falls for a soccer star, his brother Johnny. When Johnny and Evy become a celebrity size couple -a-la Beckham & Posh, Johan must realize his own dreams elsewhere. Johan is a high end music filled trip to soccer crazy Europe, a romantic coming-of-age comedy, about finding your voice.