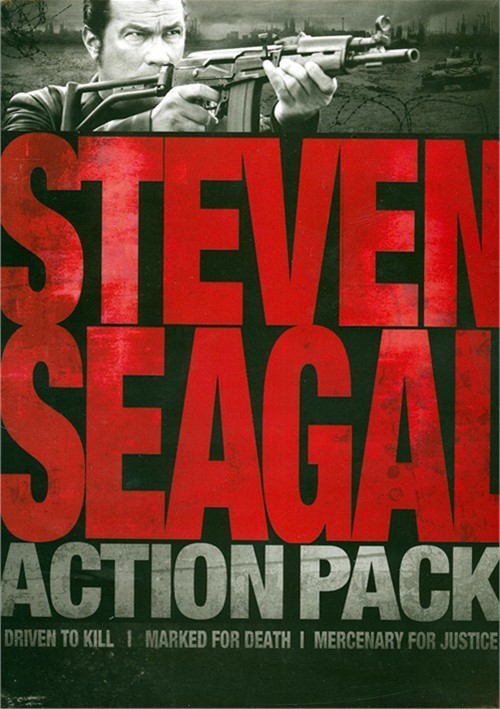 A former Russian mobster named Ruslan, returns home and discovers his daughter is marrying his arch nemesis. His past also comes back to haunt him when his family is threatened. Hungry for justice, Ruslan returns to the life he once knew...with a vengeance.

Soldier of fortune John Seeger (Steven Seagal) is the best in the business...the business of kicking a**! When you're a mercenary, there's always going to be casualties, but no job is too treacherous for Seeger, who's blackmailed into orchestrating an impossible prison break, leading a team of heavily-armed soldiers on a deadly mission to South Africa to rescue the son of a billionaire arms dealer. But, when Seeger finds out he's been double-crossed, it's payback time, and now there's going to be hell to pay!

Get ready for some full-throttle martial-arts action, Seagal style! Furiously paced and visually striking, Marked For Death pulls no punches and shows Steven Seagal at his bone-busting, head-cracking best! Burned-out after losing his partner on the job, Drug Enf-rcement Agent John Hatcher (Seagal) hopes to find some calm and serenity by returning to his hometown. But things at home have changed - and not for the better. Jamaican drug lords, led by a black-magic high priest named Screwface (Basil Wallace), have completely infiltrated the small town. But this gang soon learns that they've met their match in John Hatcher...and all the mystical voodoo in the world won't be enough to stop Hatcher's wrath!