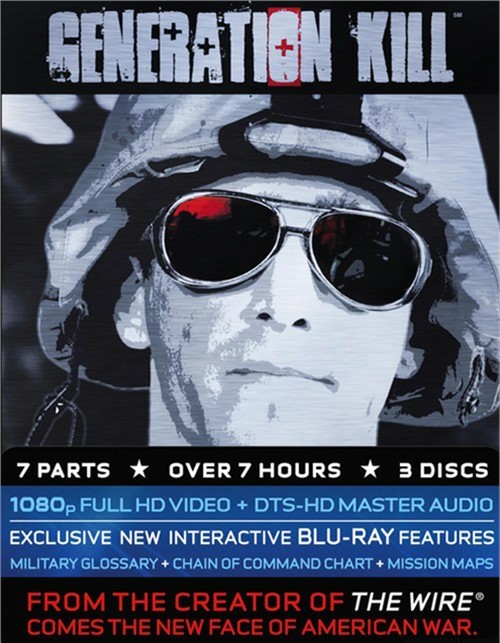 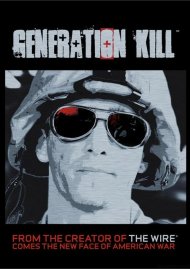 Baghdad, Iraq 2003. Mission: unclear. Enemy: unidentified. Duration of tour: unknown. It was impossible for the Marines of the First Recon Battalion to anticipate what would occur during those first 40 days of the Iraq War as they found themselves struggling with shoddy supplies, frustrated by the chain of command and questioning the mission at every turn.

Fused with camaraderie, faith and fury, Generation Kill brings you the gritty, raw and brutally honest insider's look at what has become of our comtemporary American war. Based on Evan Wright's best-selling book, and produced by David Simon and Ed Burns, two of the men who brought you the critically heralded HBO series The Wire, Generation Kill is now an equally acclaimed seven-part miniseries event from HBO Films.