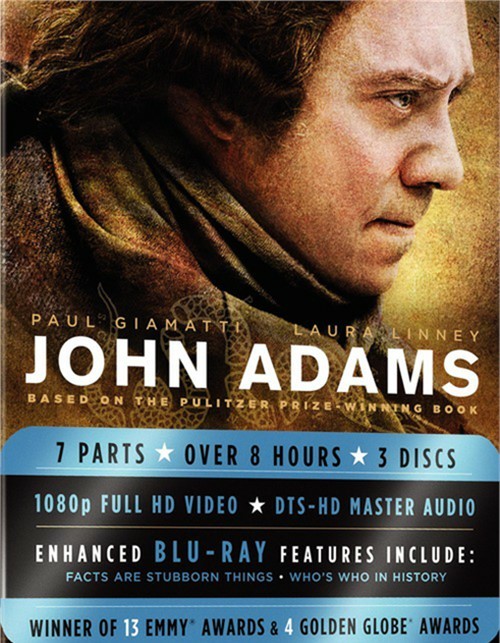 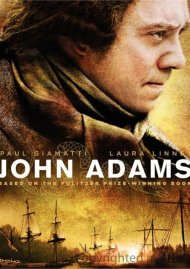 What our new nation was suffering attacks from both within and without, John Adams had a vision of a nation of liberty and justice for all. He guided his peers - General George Washington, Benjamin Franklin and Thomas Jefferson - in setting the values and agenda for a glorious, free America. Adams and his wife Abigail refined these ambitious democratic ideals, and their partnership became one of the most moving love stories in American history.

John Adams, the Pulitzer Prize-winning book from Author David McCullough, is now the critically acclaimed seven-part miniseries from HBO Films - a sprawling, epic production from executive producers Tom Hanks and Gary Goetzman, two of the men who brought you the Emmy-award winning Band of Brothers.

Starring Academy Award nominees Paul Giamatti (Cinderella Man) and Laura Linney (The Savages) as John and Abigail Adams, directed by Emmy winner Tom Hooper (Elizabeth I) and adapted by Kirk Ellis and Michelle Ashford from McCullough's book, John Adams is the incredible saga of a man who dreamed a nation and watched it come true.

Fact Are Stubborn Things: Exclusive Historical Guide
Who's Who In History: Character Biographies
David McCullough: Painting With Words
The Making Of John Adams