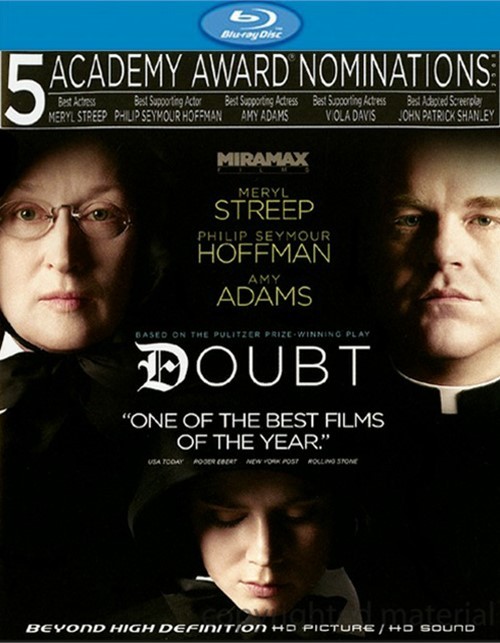 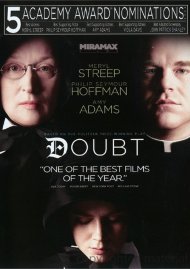 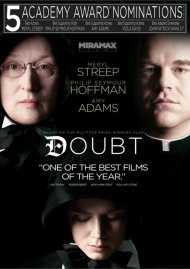 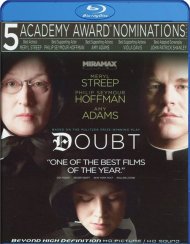 From Miramax Films comes one of the most honored and acclaimed motion pictures of the year, Doubt. Based on the Pulitzer Prize and Tony Award-winning play, Doubt is a mesmerizing, suspense-filled drama with four riveting performances from Meryl Streep, Philip Seymour Hoffman, Amy Adams and Viola Davis - is even more powerful on Blu-ray.

Sister Aloysius Beauvier (Streep), the rigid and fear-inspiring principal of the Saint Nicholas Church School, suffers an extreme dislike for the progressive and popular parish priest Father Flynn (Hoffman). Looking for wrongdoing in every corner, Sister Aloysius believes she's uncovered the ultimate sin when she hears Father Flynn has taken a special interest in a troubled boy. But without proof, the only thing certain is doubt. And in Blu-ray High Definition, with a picture as clear as Sister's rules, and sound as sharp as her tongue, this film will stay with you long after the credits have ended.

Doubt: From Stage To Screen
Scoring Doubt
The Cast Of Doubt
The Sisters Of Charity
Feature Commentary With Writer/Director John Patrick Shanley