Most Dangerous Game, The / And Then There Were None (Double Feature) 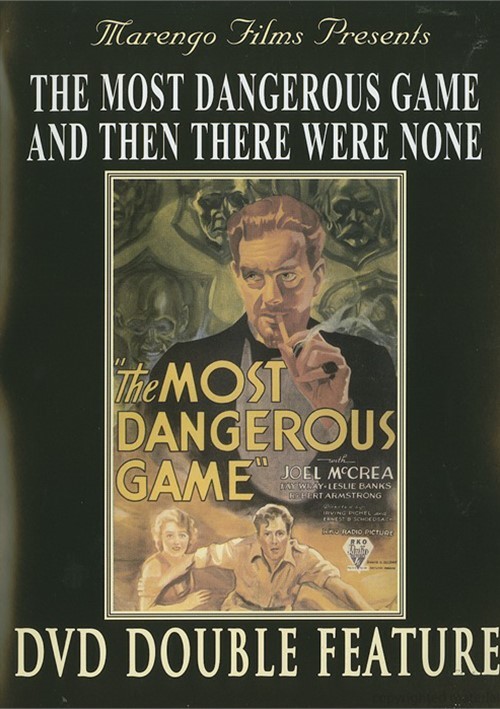 Most Dangerous Game, The / And Then There Were None (Double Feature)

The sole survivor of a yachting accident Robert Rainsford (Joel McCrea) swims to a mysterious island to save himself. There he finds his way to the mansion of Russian Count Zoroff (Leslie Banks). He is made welcome and introduced to two other shipwreck survivors brother and sister Eve and Martin Towbridge (Fay Wray and Robert Anderson). The Count is a big game hunter and the three guests soon find that he has brown bored with hunting animals and is after a new prey....man. This terrific film is filled with tension, close calls, and suspenseful action.

And Then There Were None

This Agatha Christie masterpiece is a must see for all mystery fans. The scene of the crime is a wonderfully foreboding desert island. The stage is a large creepy mansion. The ten guests are invited to the island for a weekend of relaxation. Their host has other plans and when it is revealed that all of the guests are murders the plot thickens. One by one the guests are murdered and as the movie progresses you will find yourself trying to figure out the diabolical plot. A cast of superb character actors makes this who-done-it a necessity for one's mystery collection.

Review "Most Dangerous Game, The / And"

Reviews for "Most Dangerous Game, The / And"