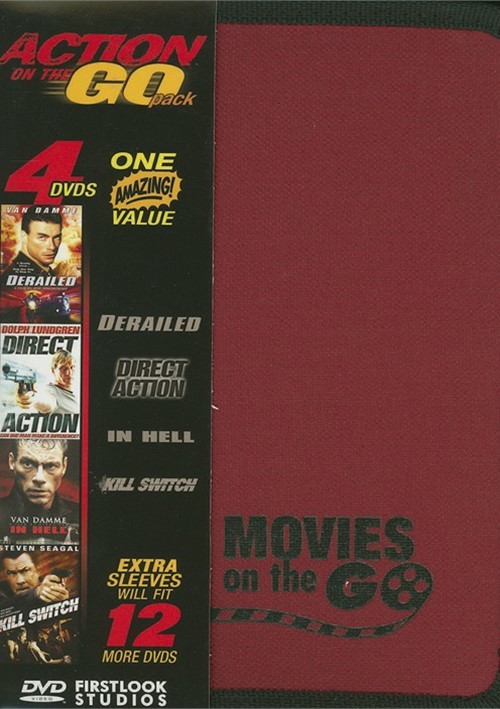 A train filled with dangerous bioweapons races across Eastern Europe. When a group of terrorists hijacks the train and takes passengers hostage, special agent Kristoff (international action superstar Jean-Claude Van Damme) becomes a one-man army, taking on the rebels and trying to save the lives of everyone on board.

When veteran cop Frank Gannon (Dolph Lundgren of Universal Soldier, Rocky IV) is falsely accused of being involved in a deadly drug scam, he has one day to untangle the web of lies and prove his innocence before it's too late.

In this gripping action-thriller, Van Damme plays Kyle LeBlanc, an American working overseas and sentenced to life in prison after avenging his wife's death. Trapped in an illegal gambling scheme in which inmates are f-rced to fight to the death, Kyle begins to transform into a man he despises. Ultimately, his savage rage may be what saves his life.

After witnessing the murder of his twin brother, homicide detective Jacob King (Steven Seagal) dedicates his life to tracking down serial killers. On the heels of two ruthless killers, King decides to take the law into his own hands, enf-rcing his own methods of street justice.