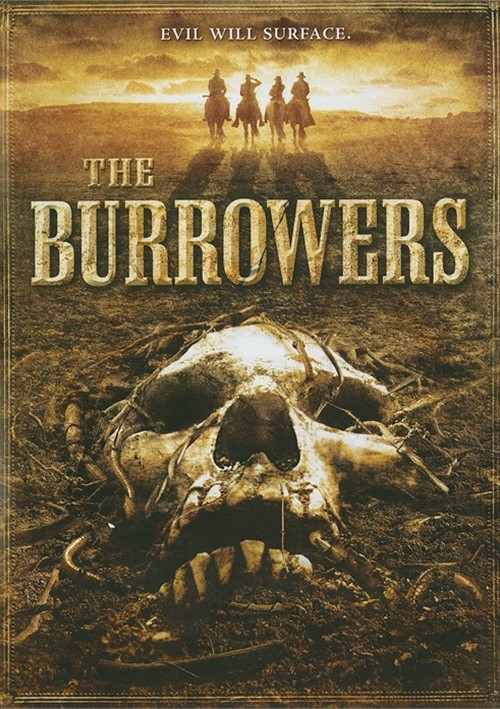 The Dakota Territories. 1879. A handful of brave pioneers maintain isolated settlements in the badlands beyond civilization. Irish immigrant Fergus Coffey is near to winning the hand of his beloved Maryanne when she is suddenly taken from him, her family brutally abducted in a nighttime attack on their homestead. Suspicion falls immediately on hostile Indians. Experienced Indian fighters Will Parcher and John Clay form a posse and set out to rescue the kidnapped settlers, taking along a naÃ¯ve teenager hoping to prove himself a man, an ex-slave looking for his place, and their ranch hand, Coffey. But as men vanish in the night, and horrific evidence accumulates with the dead and dying, the group discovers that their prey is far more terrifying than anything human, and their prospects are far more terrible than death.

The Burrowers: Making A Horror Westerm
Digging Up The Burrowers: Creating The Monster
Commentary With Writer/Director JT Petty And Actor Karl Geary

Reviews for "Burrowers, The"