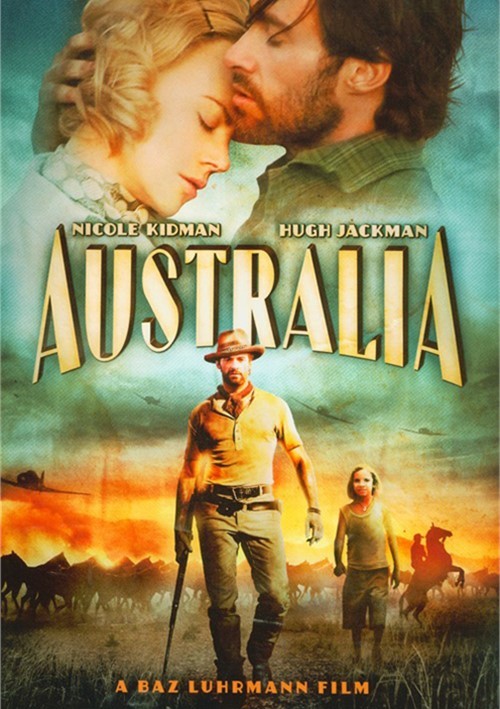 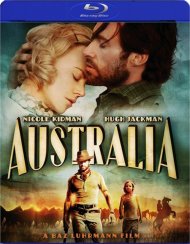 Nicole Kidman and Hugh Jackman join f-rces with visionary director Baz Luhrmann in Australia, an epic and romantic action adventure set on the brink of World War II. When an English aristocrat (Nicole Kidman) travels to this faraway continent, she meets rough-hewn cattle driver (Hugh Jackman) and an enchanting aboriginal child (Brandon Walters). This unlikely trio joins f-rces and embarks on a transforming journey, driving a herd of cattle across hundreds of miles of the world's most beautiful, yet unforgiving, terrain. When their world is torn apart by powerful enemies, they must try to find each other amidst the bombing of the city of Darwin by the Japanese f-rces that attacked Pearl Harbor. With this new film, director Baz Luhrmann is painting on a vast canvas, creating a cinematic experience that brings together comedy, romance, drama, adventure and spectacle.