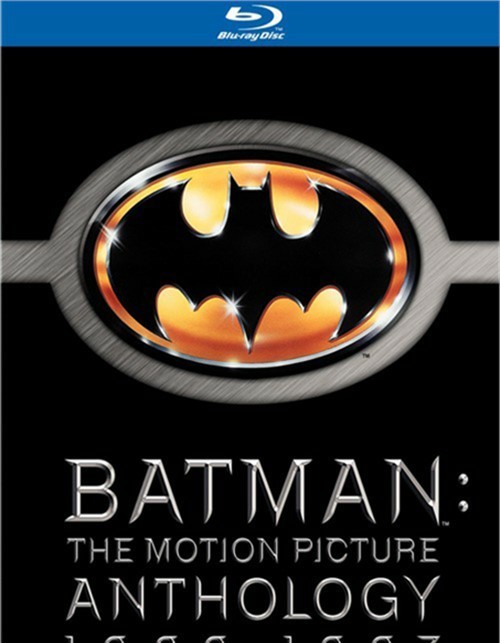 Jack Nicholson is the Joker, who emerged from a horrible accident as a maniacal criminal. Michael Keaton is the Caped Crusader, who emerged from a childhood trauma to become a masked crime fighter. Kim Basinger is Vicki Vale, the talented photojournalist desired by both men. And Batman is the movie, the all-out spectacular directed by Tim Burton, set to songs by Prince and a music score by Danny Elfman, and an Academy AwardÂ® winner for Best Art Direction/Set Decoration (Anton Furst and Peter Young).

Gotham City faces two monstrous criminal menaces: the bizarre, sinister Penguin (Danny DeVito) and the slinky, mysterious Catwoman (Michelle Pfeiffer). Can Batman (Michael Keaton) battle two formidable foes at once? Especially when one wants to be mayor and the other is romantically attracted to Bruce Wayne? Like the groundbreaking 1989 original, Batman Returns is directed by the wizardly Tim Burton. And like the first blockbuster, it's a dazzling adventure that leaves you breathless.

Riddle me this, riddle me that, you'll find adventure on the wings of a bat! Brace for excitement as Batman (Val Kilmer), Two-Face (Tommy Lee Jones), the Riddler (Jim Carrey), Dr. Chase Meridian (Nicole Kidman) and Robin (Chris O'Donnell) star in the third formidable film in Warner Bros.' Batman series. Joel Schumacher directs and Tim Burton co-produces this thrill-ride of a movie that thunders along on Batmobile, Batwing, Batboat, Batsub and bold heroics. Hang on!

Batman Returns
The Cinematic Saga of Batman, Shadows of the Bat Pt. 4
Beyond Batman Documentary Gallery
Heroes and Villains Profile Galleries
Interviews: The Bat, The Cat, and the Penguin
Music Video: Face to Face by Souixsie and the Bashees
Theatrical Trailer

Batman Forever
Deleted Scenes
Commentary by Joel Schumacher
Riddle Me This: Why is Batman Forever?
Shadows of the Bat: The Cinematic Saga of the Dark Knight, Part 5
Behind the Scenes Gallery
Heroes and Villains Profiles
Music Video: Kiss From A Rose by Seal
Theatrical Trailer