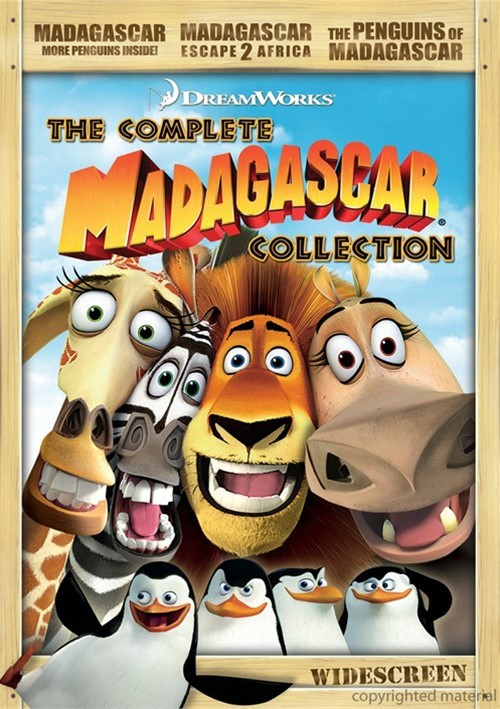 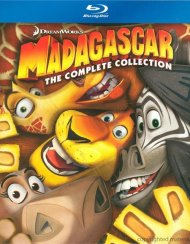 Move it! Move it! for Madagascar, the smash hit comedy from the studio that brought you Shrek and Kung Fu Panda. When four pampered animals from New York's Central Park Zoo accidentally find themselves shipwrecked on the exotic island of Madagascar, they discover it really IS a jungle out there! Ben Stiller, Chris Rock, David Schwimmer and Jada Pinkett Smith headline an all-star cast of hilarious animals, including a quartet of mischievous penguins and legions of lemurs, led by the outrageous King Julien, Madagascar is a roaring good family film that you'll go wild for again and again!

EVEN MORE PENGUINS! Before the mission to Madagascar, those zany Penguins stirred up some mischief back at the zoo. Check out the "cute and cuddly" foursome starring in their very own whacked-out adventure, A Christmas Caper!

Your favorite castaways are back - still together and still lost! One of the top movies of the year, DreamWorks Animation's Madagascar: Escape 2 Africa is "even better than the first!" (Mark Hyman, FOX-TV). You'll laugh out loud as this outrageous comedy takes you on an African adventure like no other.

The Penguins Of Madagascar

Buckle up for an all-new adventure! In The Penguins Of Madagascar, Skipper, Kowalski, Rico and Private are back as an elite strike f-rce with top-tier commando skills headquartered at the Central Park Zoo. And Julien, former self-proclaimed "King of the Lemurs", has just arrived to shake things up a bit. There goes the neighborhood!

Madagascar
- Hear the very-first-ever Penguin Commentary as they give you their unique take on their role in the film!
- Escape with untamed games and jungle activities for the whole family! Try your hand at "Fossa Whack" and "Learn to Draw!"
- Get the inside scoop with "Behind the Crates", "The Tech of Madagascar" and "Mad Mishaps"
- Help the Penguins "Crack the Code" for a special surprise!
- Plus, more wild entertainment featuring your Madagascar friends!

The Penguins Of Madagascar
- Alex's Dance-Off
- The Heart of a Lion
- Activision Video Game Demos (Exclusive Cheat Code)
- Going MAD at the Bronx Zoo
- Plus Plenty of Penguin Activities & Fun!

Reviews for "Madagascar: The Complete Colle"