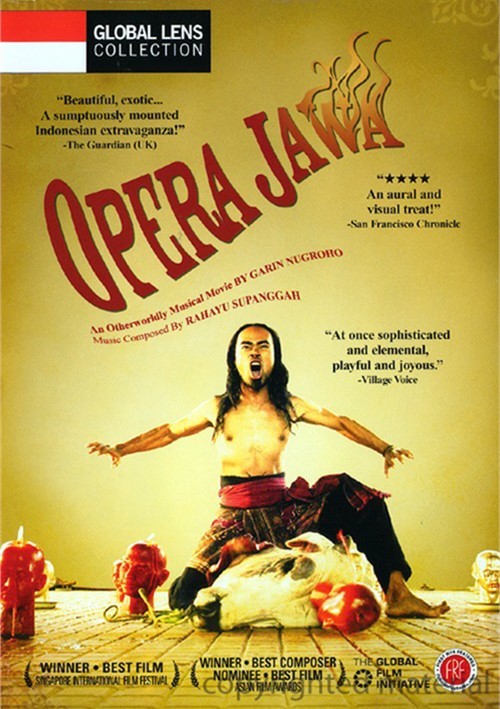 Setyo and Siti live a peaceful life as husband and wife, selling earthenware in their village. But when Setyo is called away on business, a flirtatious butcher, Ludiro, takes advantage of Siti's loneliness to seduce her. Tempted by song and dance, Siti initially refuses his advances but acquiesces in a moment of weakness, setting the stage for an epic battle between the two men. Located in lush forests and on pristine beaches of Java, director Garin Nugroho bases his dazzling visual narrative on the "The Abduction of Sita," from the Hindu epic, The Ramayana.