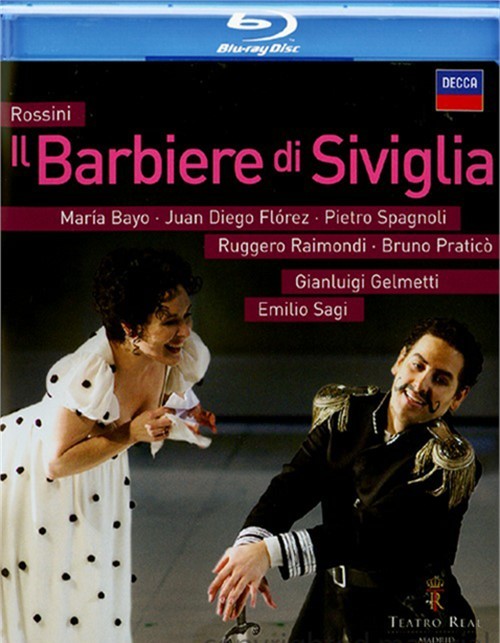 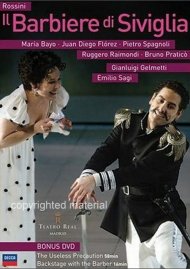 This sparkling new production of Rossini's comedy is led by two of today's greatest opera stars - Maria Bayo as the young ward Rosina and Juan Diego FlÃ³rez as her handsome suitor, Count Almaviva. The wily Figaro (the Barber), is Pietro Spagnoli, Bruno PracticÃ² is the hapless guardian Don Bartolo, and the cunning singing teacher Basilio is the renowned Ruggerp Raimondi. Filmed in widescreen High Definition, this Blu-ray captures brilliantly the teatro Real production as it progresses from an elegant silver and white to a kaleidoscope of colour for the boisterous finale.

The Useless Precaution: The Cast And Director Introduce Rossini's Opera
Backstage With The Barber: A Look Behind The Teatro Real Producion