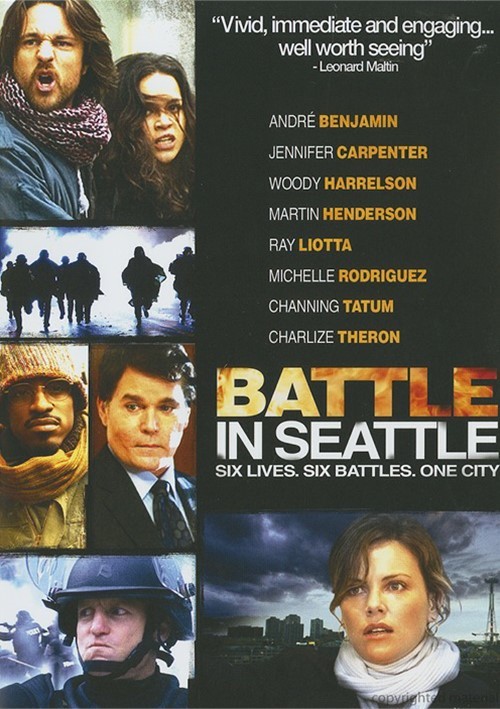 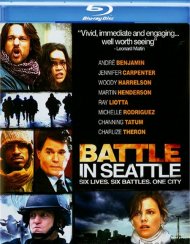 In November of 1999, Seattle broke into a full-scale state of emergency as thousands of peaceful protestors gathered in resistance to the World Trade Organization. The City's mayor, a SWAT cop on the streets and his pregnant wife, and four demonstrators are caught in the crossfire as their lives intersect in the ensuing riots. Stuart Townsend, in his debut writing and directing role, seamlessly merges actual footage of the devastating chaos with brilliant performances.

Behind The Scenes: Making Of Battle In Seattle
Commentary With Stuart Townsend
The Real World Trade Leaders Interviews
Theatrical Trailer

Reviews for "Battle In Seattle"