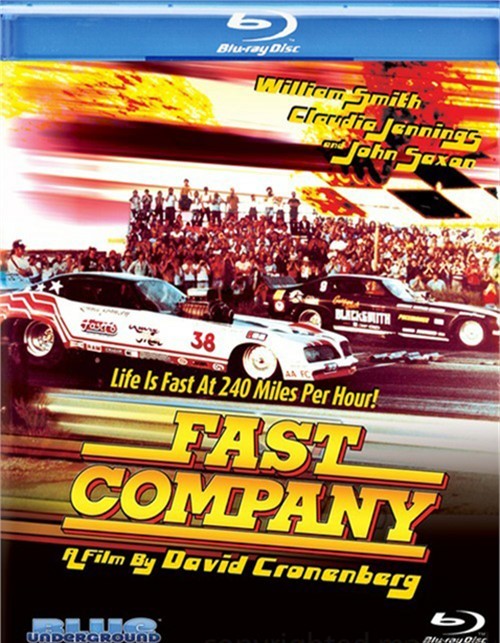 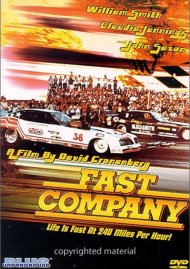 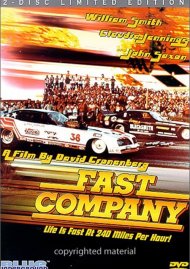 In between his horror hits Rabid and The Brood, award-winning director David Cronenberg immersed himself in the gritty world of top-fuel dragsters to make what he considers to be one of the most important movies of his entire career. Genre icons William Smith (Red Dawn, Maniac Cop), John Saxon (Enter The Dragon, A Nightmare On Elm Street) and drive-in goddess Claudia Jennings (in her final role before her tragic death) star in this surprising story of a corporate-sponsored racing team and the explosive obsessions that speed them through lives of fast cars, fast cash and Fast Company.

Due to a mysterious distribution snafu, Fast Company was barely released in America and has remained virtually unseen anywhere in the world. Blue Underground is proud to present this action-packed drama in High Definition, transferred under the supervision of cinematographer Mark Irwin (Scream, Videodrome), remixed in room-rattling 7.1 DTS-HD and 7.1 Dolby TrueHD, and packed with nitro-burning Extras, including Cronenberg's two fascinating - and equally rare - early features, Stereo and Crimes Of The Future.