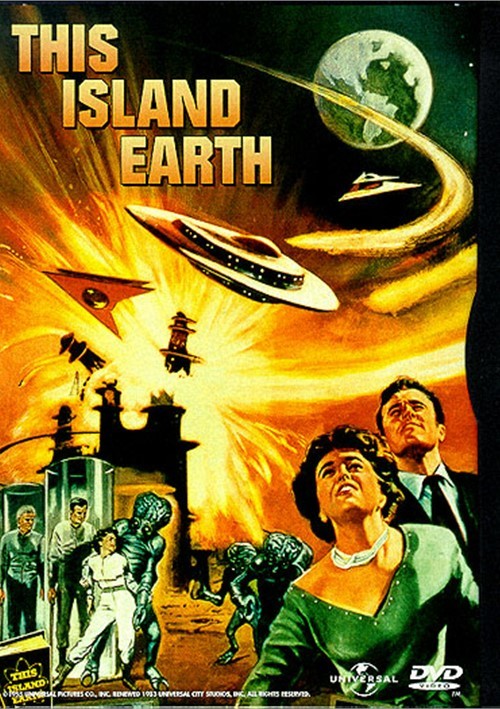 The supreme excitement of our time!

It's death rays, mutant bugs, college sweethearts turned nuclear fission experts and a visit to planet Metaluna via spaceship in this 1955 science fiction film which is now regarded as the archetypal sci-fi flick of the Fifties. The classic out-of-this-world fantasy stars Faith Domergue and Rex Reason as a pair of rocket scientists who are spirited away from earth by the mysterious alien, Exeter (Jeff Morrow), to aid in the defense of his planet against the nefarious Zahgons.

But the two romantically inclined scientists are determined to escape even if it means a battle to the death woth bug-eyes creatures, a perilous flight through a meteor storm and a race through space in Exeter's fluing saucer. The incredible special effects were 2 1/2 years in the making and it was filmed in "Out of this world Technicolor." So grab your popcorn, assemble your Interociter and get ready torock off to This Island Earth.

Reviews for "This Island Earth"