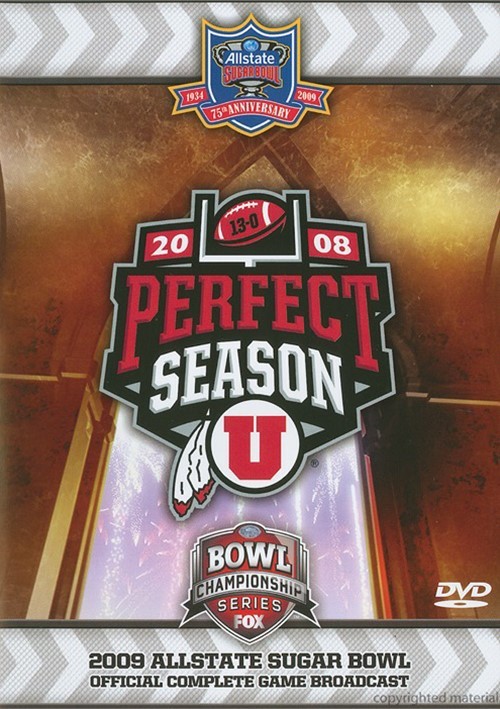 The sixth-ranked Utah Utes defeated the fourth-ranked Alabama Crimson Tide 31-17 to claim the 2009 Allstate Sugar Bowl championship. It was a perfect end to a perfect season for the Utes (13-0) who were the only undefeated team in Division I college football during the 2008-09 season.

Senior quarterback Brian Johnson, the game's Most Outstanding Player, threw for 336 yards and three touchdowns to lead Utah to its second BCS bowl victory. The Utes bolted to a 21-0 first-quarter lead and never looked back.

The Official FOX Sports/BCS Allstate Sugar Bowl DVD includes the commercial-free game broadcast as well as special bonus features. It is a great addition to any Utah fan's collection.