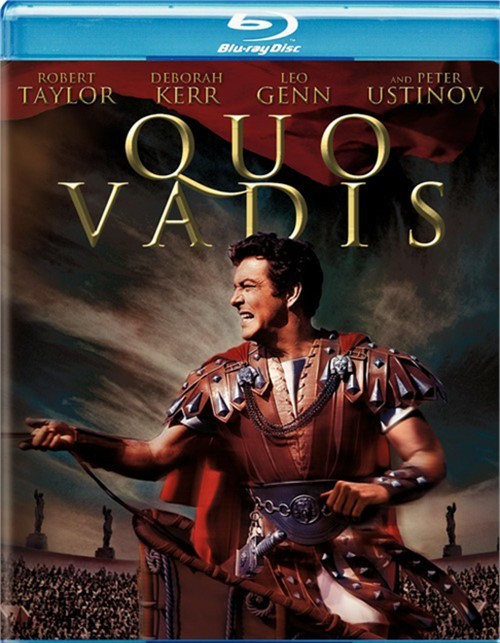 Rome burns. Nero fiddles. Christianity rises. And moviegoers turned out in throngs for this years-in-the-making film colossus boasting eight Oscar nominations (including Best Picture) and featuring 110 speaking parts, 30,000 participants and a filmed-on-location panoply of marching legions, magisterial pageantry and massive spectacle that includes the martyrdom of Christians thrown to the lions before cheering Coliseum throngs. Robert Taylor plays the Legion commander whose love for a Christian slave girl (Deborah Kerr) crosses the divide between Empire and a sect with a higher loyalty. Presiding over all is Nero (Peter Ustinov). He is Caesar, madman, murderer - an imperial ruler of the spectacular, and spectacularly doomed, glory that was Rome.