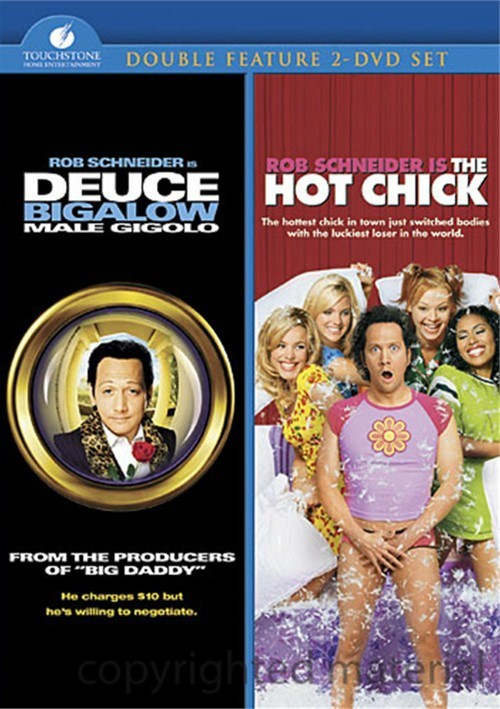 The hit-making producers of Big Daddy now deliver Deuce Bigalow: Male Gigolo - a hilarious, must-see smash starring the always outrageous Rob Schneider (The Hot Chick, The Animal) in his funniest role yet! A professional fish tank cleaner, Deuce (Schneider) finds himself in desperate need of cash to quickly repair the damage he's done to a client's luxurious Malibu apartment! Then the fun really takes off when Deuce decides the only way out of this jam is to switch to the world's oldest profession - and offer his services to ladies everywhere as a lover for hire! A wild and raunchy comedy that always aims to please - you won't be able to resist this sidesplitting laugh riot!

The hilarious Rob Schneider has been a gigolo. He's been an animal. And now a curse will make him something he's never been before - a woman! Jessica Spencer is the hottest, most popular girl in high school. But she gets a big dose of reality when she wakes up in the body of a 30-something-year-old lowlife male (Schneider), and quickly discovers that trading on your looks isn't so easy when you're a girl who constantly needs a shave. How in the world can Jessica convince her friends (Anna Faris, Scary Movie, Scary Movie 2; Matthew Lawrence, Mrs. Doubtfire; Eric Christian Olsen, Not Another Teen Movie) it really is her? And how can she change herself back into a teenage girl? The Hot Chick is a wild and wacky gender-bending comedy everyone can enjoy - no matter what sex you are.