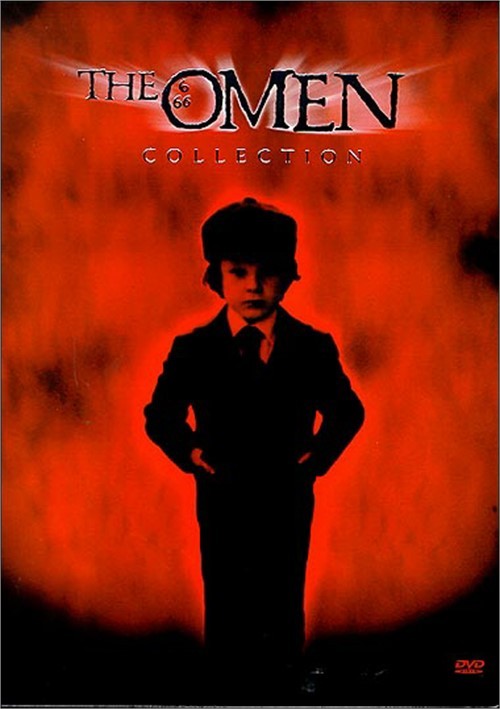 When Kathy Thorn (Lee Remick) gives birth to a stillborn baby, her husband Robert (Gregory Peck) shields her from he devastating truth and substitutes an orphaned infant for their own - unaware of the child's satanic origins.

The horror begins on Damien's fifth birthday when his nanny stages a dramatic suicide. Soon after, a priest who tries to warn Damien's father is killed in a freakish accident. As the death toll mounts, Robert realizes his son is the Antichrist and decides he must kill the boy to prevent him from fulfilling a cataclysmic prophecy. Briskly paced and breathtakingly evil, The Omen is the first film in a classic four-part legacy of terror.

Since the sudden and highly suspicious death of his parents, 12-year-old Damien has been in the charge of his wealthy aunt and uncle (Lee Grant and William Holden). Widely feared to be the Antichrist, Damien relentlessly plots to seize control of his uncle's business empire -- and the world. Meanwhile, anyone attempting to unravel the secrets of Damien's sinister past or fiendish future meets with a swift and cruel demise. In this chilling sequel to The Omen, the f-rces of good and evil battle each other to a taut and terrifying end.

Damien Thorn (Sam Neill) has helped rescue the world from a recession, appearing to be a benign corporate benefactor. When he then becomes U.S. Ambassador to England, Damien fulfills a terrifying biblical prophecy. He also faces his own potential demise as an astronomical event brings about the second coming of Christ. Determined to thwart his holy arch-nemesis, as well as a group of priests intent on killing him, Damien begins his most destructive rampage yet. This story of modern day Armageddon will keep you riveted until it's shocking end!

Gene and Karen York are the living embodiment of the American dream. Rich, influential attorneys, they have everything a couple could want...except a child. When the Yorks learn of a beautiful baby girl waiting to be adopted, they instantly fall in love with baby Delia and adopt her. But terror and destruction seem to follow Delia wherever she goes. The priest who baptized her mysteriously dies, and her nanny falls from a second-story window, impaling herself on a merry-go-round. Soon, Delia's mother begins to question the coincidence of these catastrophes. Her thoughts can't help but turn toward the biblical prophecy of Armageddon...the final confrontation between the f-rces of good and evil, beginning with the birth of Satan in human form.

Reviews for "Omen Collection, The"