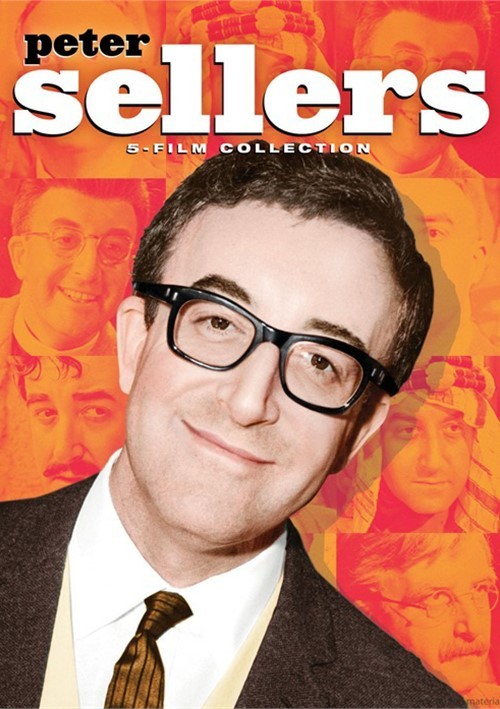 For generations of movie fans, Peter Sellers remains the king of comedy. Whether portraying a drunken projectionist, a corrupt prime minister or a tyrannical shop steward, Sellers was known for his brilliant ability to transform himself completely into character. The five hilarious films in this collection show Sellers' genius on full display, as he delivers peerless comedic performances that rank among his best - including the hysterical I'm All Right Jack (which earned him the Best Actor BAFTA Film Award).

When their great-uncle dies, newlyweds Matt and Jean Spencer (Bill Travers, Virginia McKenna) inherit a dilapidated small-town cinema that comes with an eccentric staff including a drunken projectionist (Sellers), a dotty cashier (Margaret Rutherford) and an ancient usher/janitor (Bernard Miles).

When valuable mineral deposits are discovered on the forgotten British colony of Gaillardia, the Foreign Office sends bumbling envoy Cadogen de Vere Carlton-Browne (Terry-Thomas) to investigate. But while negotiating with the corrupt Prime Minister Amphibulos (Sellers), Carlton-Browne is convinced to split the tiny island in half, sparking a revolution that builds to an international nuclear showdown.

Criminal mastermind Dodger Lane (Sellers) is a model inmate at Huntleigh Prison until he and his cellmates hatch a plan to break out of jail, steal a sultan's diamonds from a military convoy and then break back into jail... all before morning!

Sellers stars as Reverend John Smallwood, an idealistic prison chaplain who is accidentally assigned to a wealthy parish known for its popular sedative/laxative. When Smallwood insists on ministering to both rich and poor, he manages to somehow infuriate both groups - along with the entire town government!