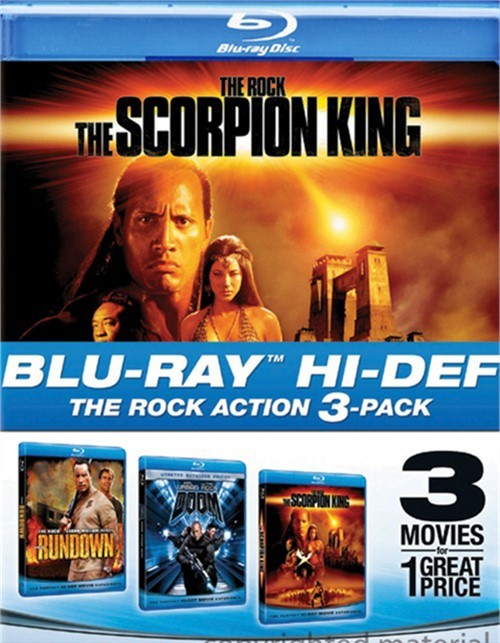 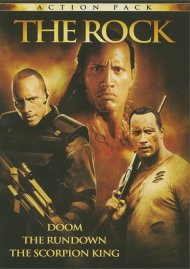 Adventure rules! The spectacular Mummy series explodes into a new realm of breathtaking, nonstop action in The Scorpion King! Unleashing WWE superstar The Rock as the most fearsome warrior of the ancient world, The Scorpion King plunges you into a sweeping tale filled with stunning fight sequences, awe-inspiring battles and pulse pounding thrills. It's the ultimate special effects powered epic and the must see and see again adventure of the year!

The Rock teams up with Seann William Scott for a wildly entertaining action-adventure that Good Morning America's Joel Siegel raves is "One of the year's biggest, most fun movies!" Beck (The Rock) is a bounty hunter sent into the treacherous jungles of the Amazon to bring the rebellious Travis (Seann William Scott) back to the States. When Beck and Travis reluctantly join f-rces to hunt down a priceless treasure, this unlikely team embarks on a pulse-pounding non-stop thrill-ride.

Reviews for "Rock Collection, The"