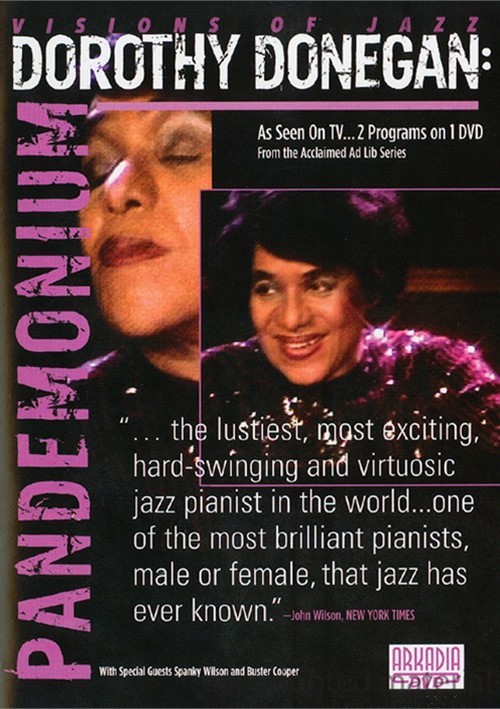 Pianist Dorothy Donegan was born in Chicago circa 1922, and is primarily recognized for playing the boogie-woogie style of Jazz, as well as being the protege of, and successor to, Art Tatum. Known as a Jazz pianist, her classical background and eclectic musical taste helped create an impressive and flamboyant live act that had the ability to engross any audience. Honed in Chicago's vibrant music scene, her act consisted of her splendid blend of Jazz styles infused with Pop, Classical, Ragtime, Gospel, and Vaudeville, among numerous other genres. Her irresistible charm, vicious sense of humor, spunky attitude, and daring musical prowess all played a role in her individual persona and career.

Dorothy Donegan has played and recorded alongside a Who's Who of Jazz greats such as Cab Calloway, Lionel Hampton, and Dizzy Gillespie. Dorothy was also an inductee into the American jazz Masters Hall of Fame, a distinction bestowed by the National Endowment for the Arts. Since Dongan's death in 1988, when knowledgeable critics look back at her storied career in music, they are left in awe of both her charming personality and her unparalleled musical virtuosity.