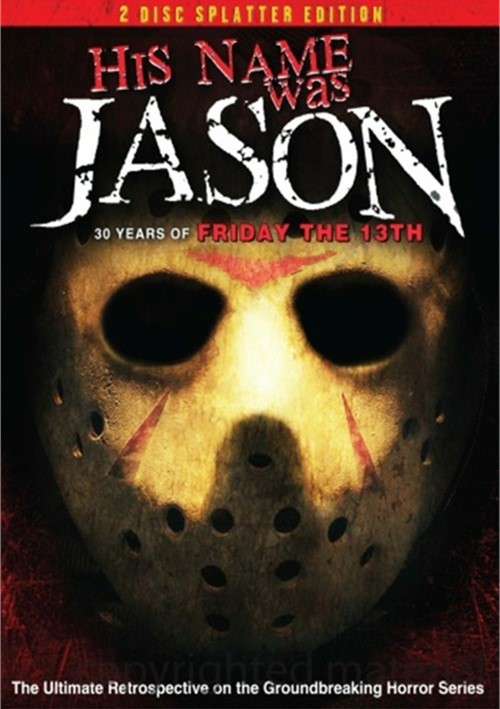 The Ultimate Retrospective on the Groundbreaking Horror Series

Disc 1:
- Feature Presentation
- The Men Behind The Mask: Extended interviews with all of the men who played Jason Voorhees

Disc 2:
- Final Cuts: Extended interviews with the directors
- Dragged From The Lake: More stories from Camp Blood
- From Script To Screen: Interviews with the screenwriters
- The Camp Crystal Lake Survival Guide
- Jason Takes Comic-Con
- Fan Films
- Friday the 13th in 4 Minutes
- And Much More!

Reviews for "His Name Was Jason: 2-Disc Spl"