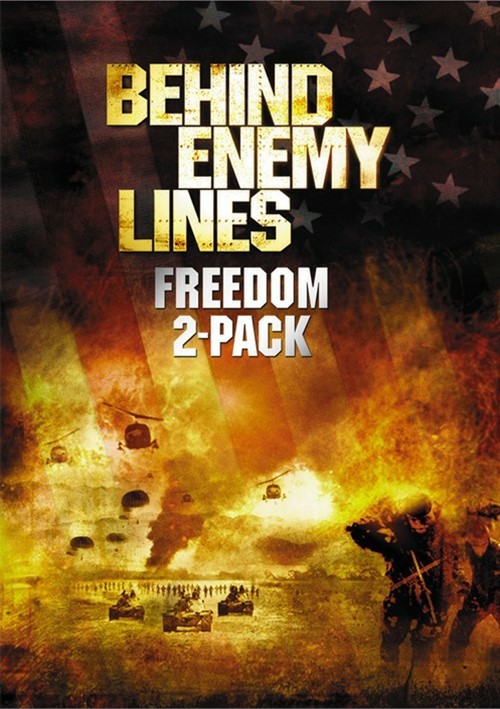 Gene Hackman and Owen Wilson score "a solid victory" (Time) in this high-flying action thriller filled with explosive excitement at every turn.

The war was supposed to be over, but the battle has only just begun. When U.S. Navy pilot Chris Burnett (Wilson) is shot down during a recon mission over Bosnia, he must fight to stay alive and evade hostile Serbian f-rces. With time running out, Burnett's commanding officer (Hackman) risks everything by launching a renegade rescue mission - against strict SATO directives - to bring an American hero home.

Escape Is Only The Beginning.

In the jungles of Colombia, there's nowhere to run... f-rcing a covert team of U.S. Navy SEALs to make their own solutions in this riveting and explosive new film that takes the Behind Enemy Lines franchise into bold new territory!

Colombia is in chaos, caught in a bitter war between its government and insurgent guerillas. While on a secret mission to observe a meeting between the two factions, the SEALs suddenly find themselves framed for the murder of leaders from both sides! Now, abandoned by their own government, the group must survive long enough to prove their innocence and prevent the brutal war from spilling over the border. Starring Joe Manganiello (Spider-Man), WWE's Mr. Kennedy, and Keith David (Behind Enemy Lines II: Axis of Evil), this viscerally thrilling, action-packed sequel delivers an all-new level of excitement!

Reviews for "Behind Enemy Lines: Freedom 2 "