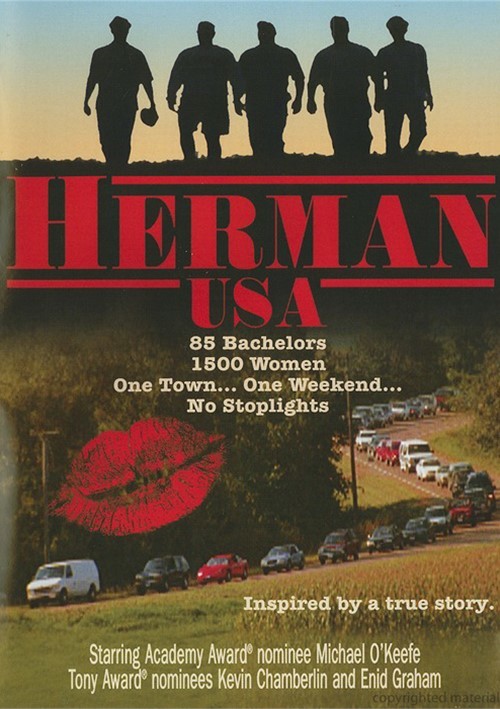 In 1994, Herman, Minnesota caused a worldwide media sensation and became the romance capital of the world. Herman USA is a romantic comedy inspired by the story of the Herman bachelors whose "fry from the heart" was heard around the world. When over 1500 women from 38 states and 4 foreign countries descended on innocent Herman, the lives of its bachelors were changed forever. Funny, heart-warming with a touch of madness and magic.